You are using an outdated browser. Please upgrade your browser to improve your experience.
by Bryan M. Wolfe
November 12, 2012
Samsung has raised the price they charge Apple for mobile processors by 20 percent. This news, which was first reported by Chosun Ilbo (via MarketWatch), underscores Cupertino’s continued reliance on their frenemy for component parts. However, it doesn't signal a price hike for Apple consumers. According to the report, Apple had initially disapproved of Samsung’s request for a price hike on processors. However, “but finding no replacement supplier, it accepted the (increase).” Samsung will continue to provide Apple with processors through at least 2014. This year, the South Korean giant is said to have supplied at least 200 million units to the company. Earlier this year, it was reported that the iPhone 5’s A6 processor costs Apple $17.50 per unit. By contrast, the A5 on the iPad mini costs the company $13 per unit. Last spring, it was unveiled that the iPad 3’s A5X processor ran $23 per unit. The price that Apple pays for the iPad 4’s A6X processor has yet to be announced. Samsung’s price increases are not expected to be passed on to customers. Instead, they will cut into the profit Apple makes on each unit sold. 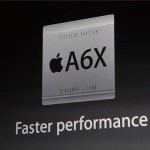 Samsung Raises The Price They Charge Apple For Component Parts

Samsung Raises The Price They Charge Apple For Component Parts
Nothing found :(
Try something else