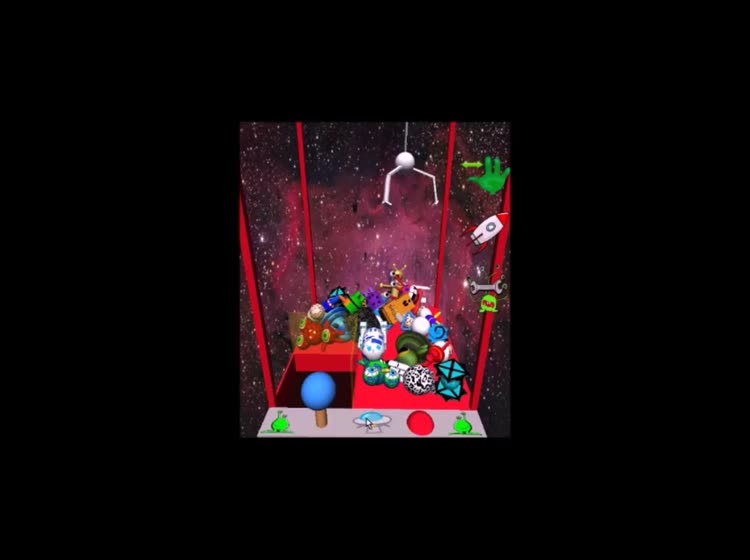 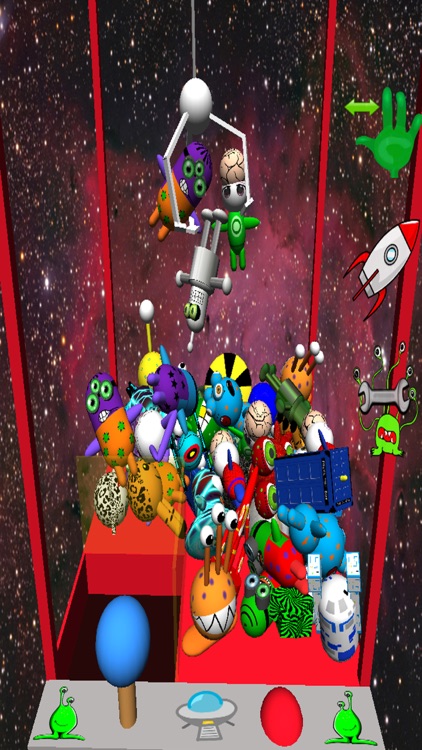 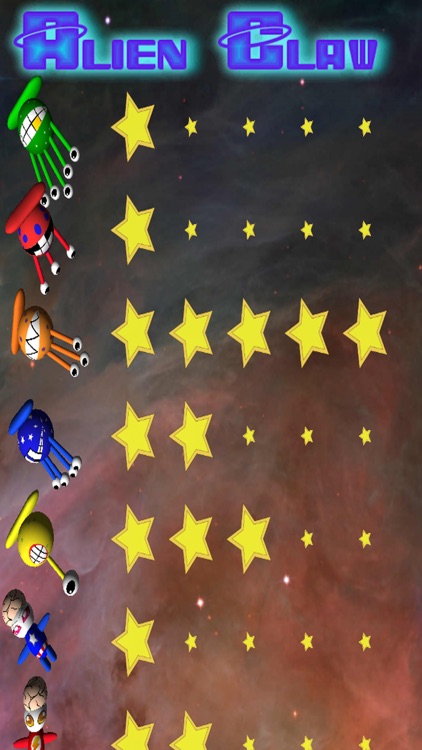 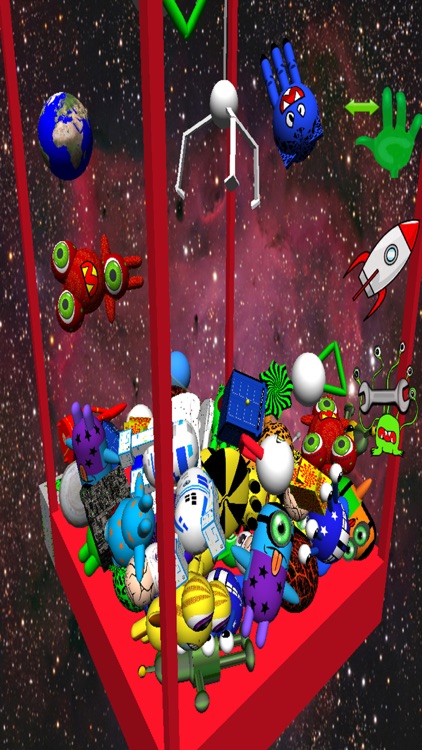 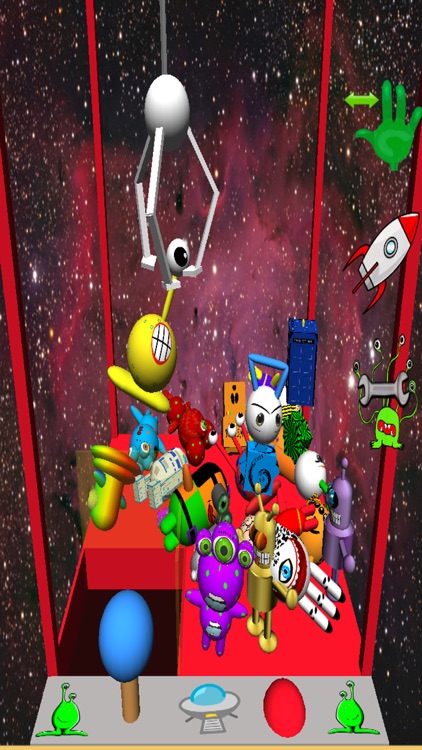 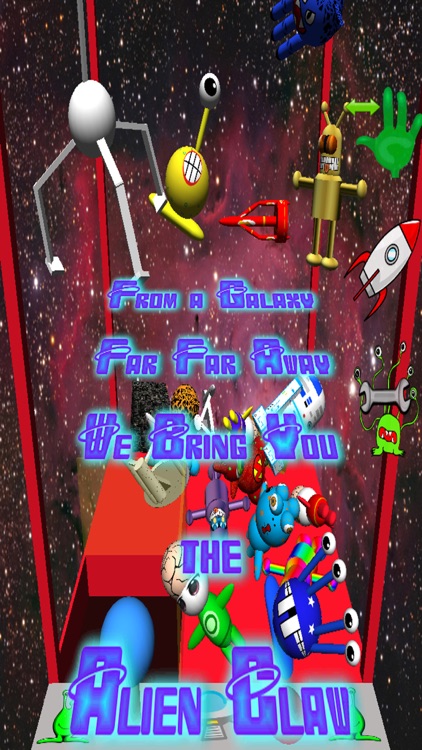 Use the crane claw to collect Space Aliens, Killer Robots and other sci-fi goodies from a galaxy far far away.

We've all played those toy crane grabbing machines at the arcades, and usually walked away with no toys and no money either.

No more, now you can play The Alien Claw Machine on your phone or tablet. You can practise and tune your skills because this game is physics based and in 3D.

Take into consideration claw angle, swing rate and rotation. Look around the machine using the swipe button, then carefully time your grab and with luck you'll be a winner. The game doesn't cheat, it wont just pick up an alien toy if it touches it, no the claw has to grab the items just right. As we said before its physics based, and as challenging as the real thing.

There are plenty of Space aliens, Invaders, robots, cyborgs, androids, monsters, UFOs and other Sci-fi goodies to collect.

So download The Alien Claw Machine, have a good practise then get off to invade the local arcade and clean out the real thing :-) 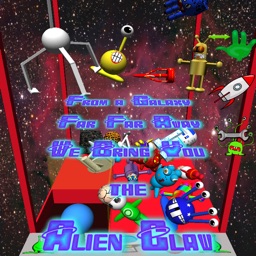 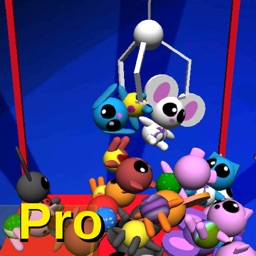 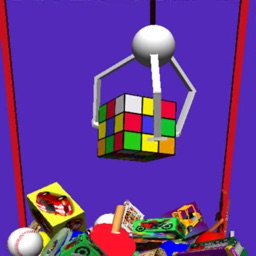 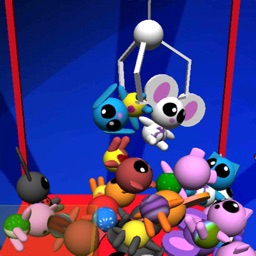 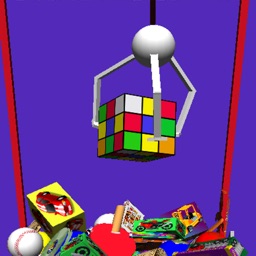