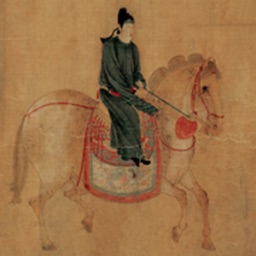 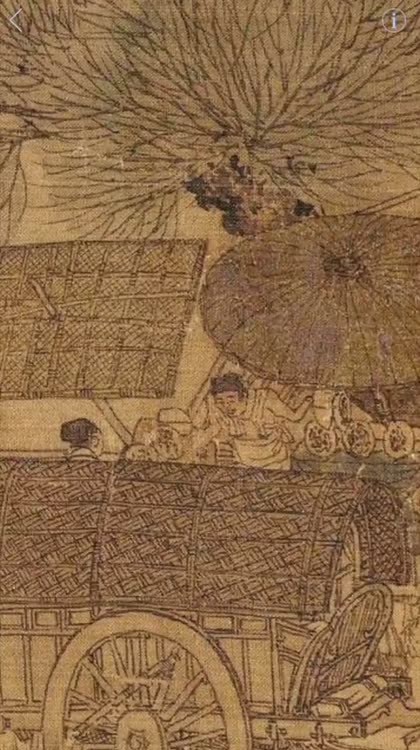 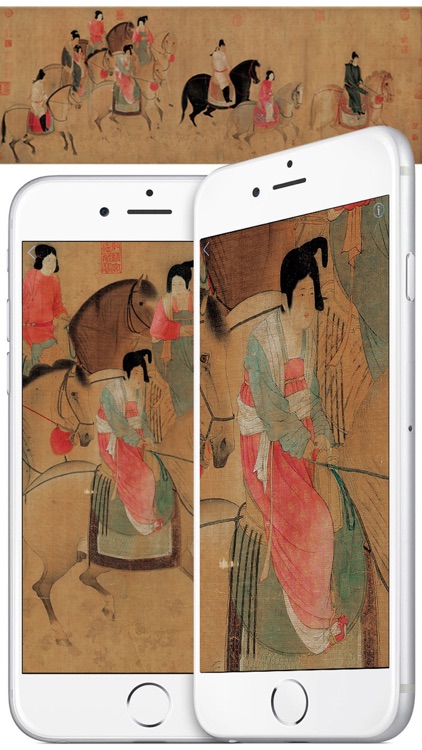 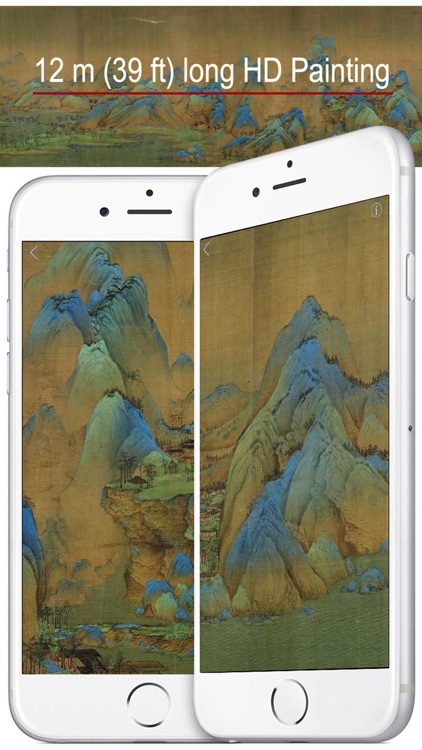 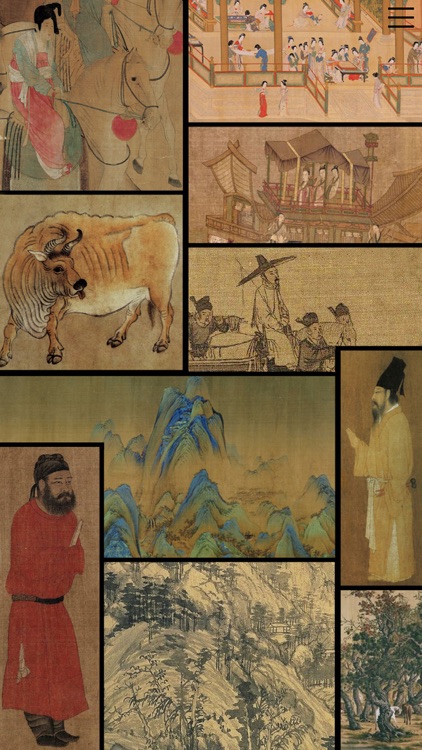 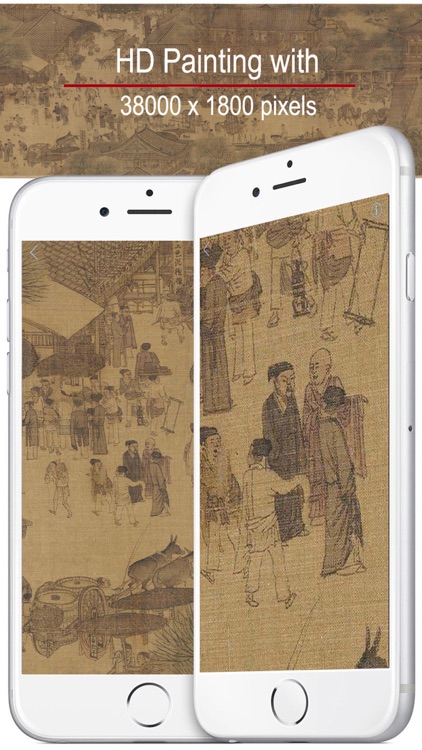 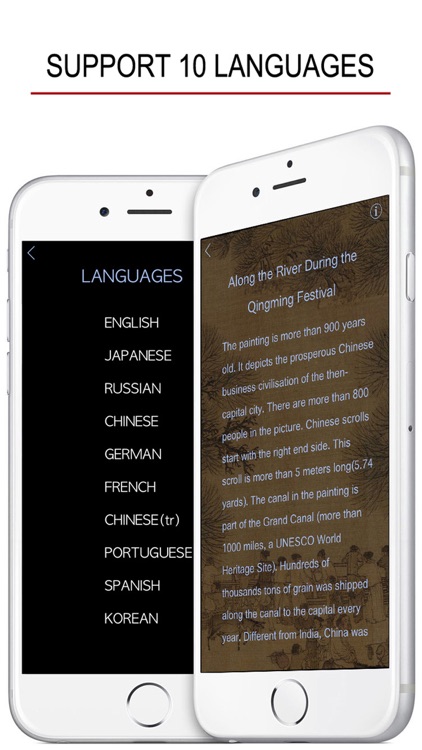 • HERE ARE THE PAINTINGS:

- ALONG THE RIVER DURING THE QINGMING FESTIVAL
(清明上河图)

The painting is more than 900 years old. It depicts the prosperous Chinese business civilization of the then-capital city. There are more than 800 people in the picture. Chinese scrolls start with the right end side. This scroll is more than 5 meters long(5.74 yards). The canal in the painting is part of the Grand Canal (more than 1000 miles, a UNESCO World Heritage Site). Hundreds of thousands tons of grain was shipped along the canal to the capital every year.

The painter is Giuseppe Castiglione, an Italian Jesuit. As a missionary, he came to China in 1715 and became a painter at the imperial court in 1723. He died in Beijing in 1766. There are one hundred horses and several nomadic herdsmen in the painting.

The painting shows the friendly encounter between the Tang dynasty and Tibet. In 634, the Tibetan king (Songtsän Gampo) sent an envoy to Chang'an, the capital of the Tang dynasty, to propose a diplomatic marriage.

- DWELLING IN THE FUCHUN MOUNTAINS
(富春山居图)

It was painted between 1348 and 1350, and considered to be the greatest painting by Huang Gongwang. The painting is 6.37 meters (7 yards) long. The painting is in the National Palace Museum, Taiwan. Huang was a Taoist living the Fuchun mountains. He died at age 85.The painting is the original one which has survived more than 600 years. It was once worth 50,000 grams of gold.

It depicts that Duchess Guo (the central one in a blue upper garment and a red wrap-around skirt ) riding a horse to enjoy the outdoors in spring, 752. The painting was redrawn a couple of copies by the royal painters in 1107, but only one copy survived 900 years as shown here. All the people in the picture are women, some of whom wear men's clothes. At the time, it was stylish for women to wear the men's clothing. They were even able to play polo with men as well.

The scroll depicts Han Xizai, a minister in the 10th century, having a party in his home. The painting represented the lifestyle of the ruling class of that time. The original no longer exists, but the painting survives as a 12th-century remake.

- NYMPH OF THE LUO RIVER
(洛神赋)

The original painting was drawn in the 4th century. And several copies were made about 900 years ago. This is one of the surviving copies in the Palace Museum, Beijing.

It was painted by Wang Ximeng in 1113. When he completed this painting, he was just 18 years old. But he died young in his 20s. Only one paining survived. This one is the original one. The hand scroll is 11.9 meters (13 yards) long.

It was painted by a prime minister of the Tang Dynasty 1200 years ago. Cattle were used for plowing in China instead of horses. They were considered so important for agriculture that they were not allowed to be killed until too old. The paper-making process was first developed in China. The painting is in the Palace Museum in Beijing nowadays. And it is regarded as one of national treasures and is exhibited only for brief periods every few years. 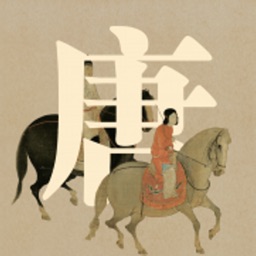 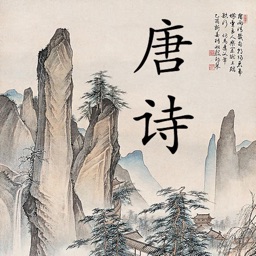 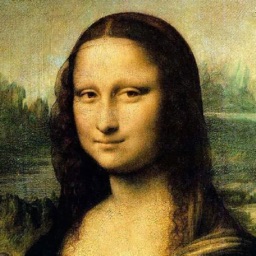 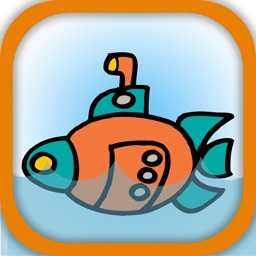 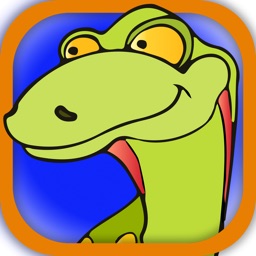 Digital Taps
Nothing found :(
Try something else