We’ve changed how CollabraCam captures video... this is the update you’ve been waiting for, and we know you’ll love it. Now all cameras record the entire session while an Edit Decision List (EDL) is created during the live edit to record in and out points for the Director's Cut. This change also paved the way for Single Source Audio, which utilizes audio from Camera 1 for the entire session. 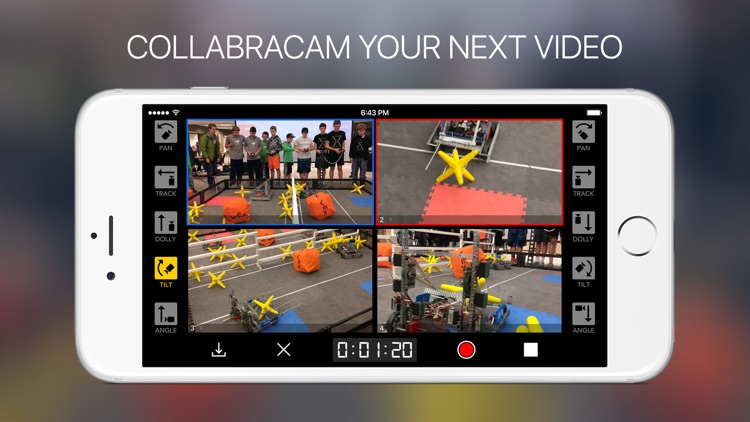 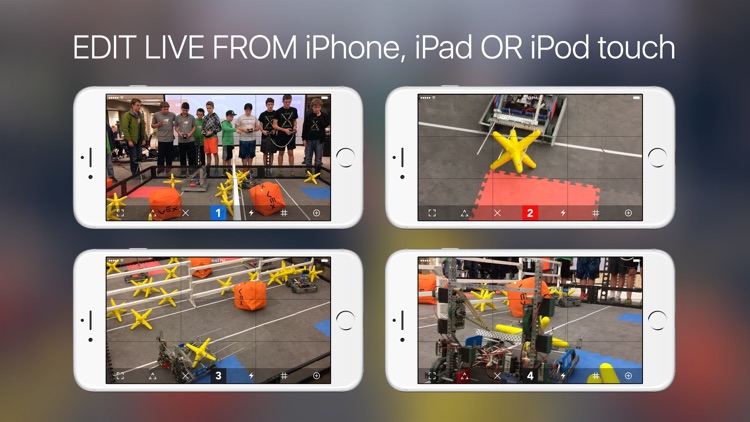 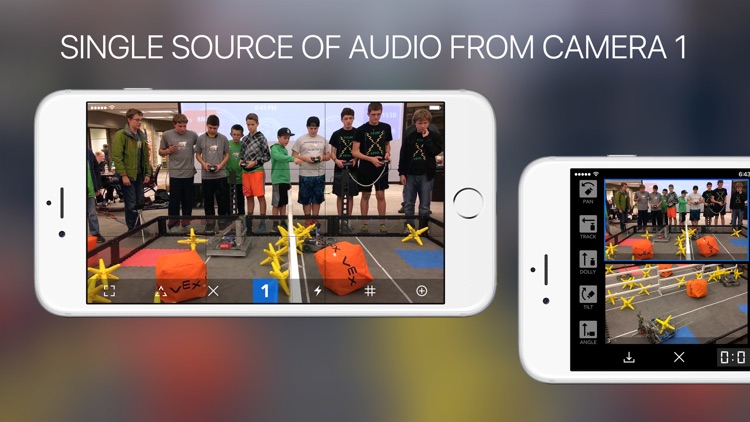 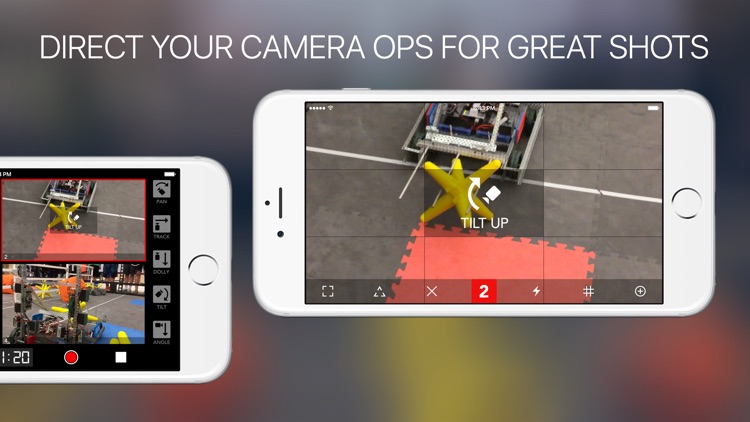 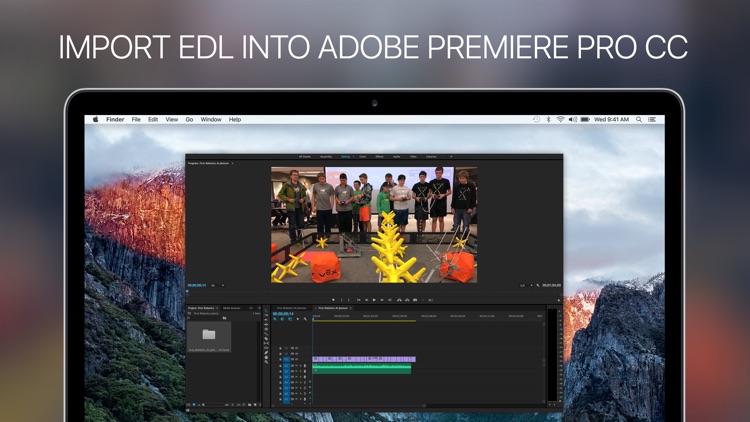 We’ve changed how CollabraCam captures video... this is the update you’ve been waiting for, and we know you’ll love it. Now all cameras record the entire session while an Edit Decision List (EDL) is created during the live edit to record in and out points for the Director's Cut. This change also paved the way for Single Source Audio, which utilizes audio from Camera 1 for the entire session.

Whether you want to cover all the bases at the little league game, produce a You Tube talk show, create a hyperlocal newscast, shoot a music video, capture footage for interview-style documentary, or help students learn cinematography... CollabraCam makes all of this possible by putting a live multicam production studio in the palm of your hands.

You are the director and your friends are your camera crew. From an iPad you can edit live from up to six iOS cameras streaming over Wi-Fi (four cameras on iPhone or iPod touch). Send action cues and direct your camera ops to get the best shots from every angle. When you call it a wrap, the video and audio is collected and the Director’s Cut is assembled, so you can watch or share your movie, minutes after it's shot.

CollabraCam doesn’t use your data plan, so you can use Personal HotSpot to create a local Wi-Fi network to CollabraCam on the go. You can also use a wireless router on location, absolutely no need for an internet connection, plug it in and you're ready to go... or create a computer-to-computer network with a MacBook Pro.

Review the Director’s Cut in the app or export to the Photos app and share from there. Once exported, iCloud Photo Library can automatically upload to iCloud, then you can download with the Photos app on your Mac. Export video clips from the Director’s Cut to Photos and assemble in iMovie for iOS, then add your titles and transitions... or save the Edit Decision List (EDL), video and audio to your Mac and import into Adobe Premiere Pro CC 2017. After import, the Director’s Cut is loaded to the timeline, ready for post. You can also import just video and audio and re-edit with Premiere Pro’s multi-camera editing interface with the Program Monitor.

CollabraCam’s not magic and it's not pushed to the cloud for an algorithm to edit. It's easy-to-use, live multicam editing and on-the-fly directing which makes it unique. CollabraCam makes multicam video production a social experience... in real life.

"This app teaches the skills of supervision and direction." AppoLearning

Camera Op
• Participate in a multicam video shoot
• All cameras record the entire session
• Choose camera on iPhone 7 plus
• AE and AF lock, grid, zoom and more
• Notification on standby or recording
• Receive action cues from the director
• Full video saved on each camera 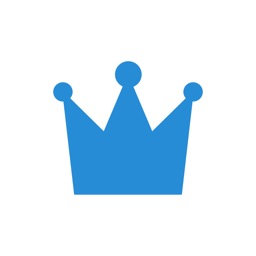 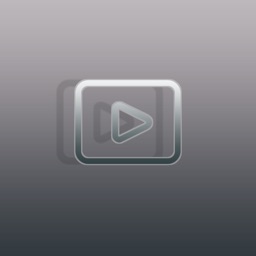 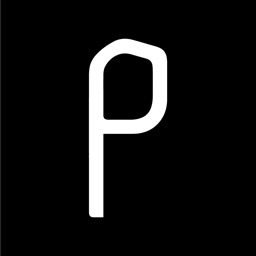 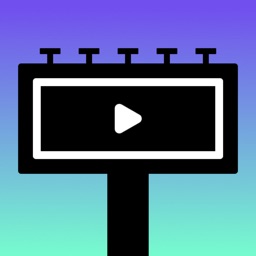 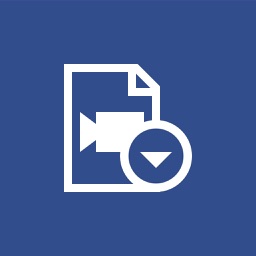 CollabraCam Updated - Now Compatible With All Of Apple's iOS Devices!

The recently released "multi-camera video production app," CollabraCam ($5.99), has recently been updated. Now, the application is universal - meaning it can run natively on all of Apple's iOS devices, including the original iPad and the iPad 2. 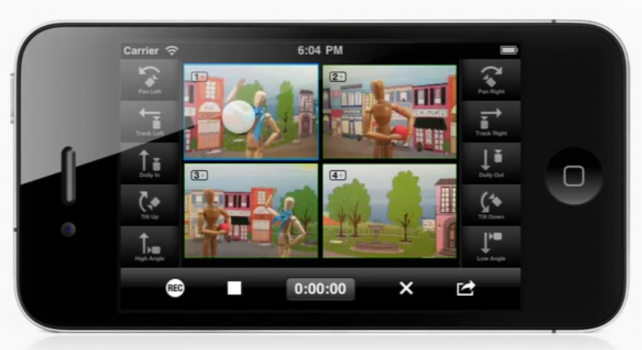 CollabraCam is a recently released application for the iPhone and iPod touch, which allows users to create movies from video shot on four different iOS devices.

May 23 Joe White
Nothing found :(
Try something else