You are using an outdated browser. Please upgrade your browser to improve your experience.
iPhone iPad Messages
$0.99 in the App Store

Welcome to the Trump app! Get the President's social media posts and news all in one place. 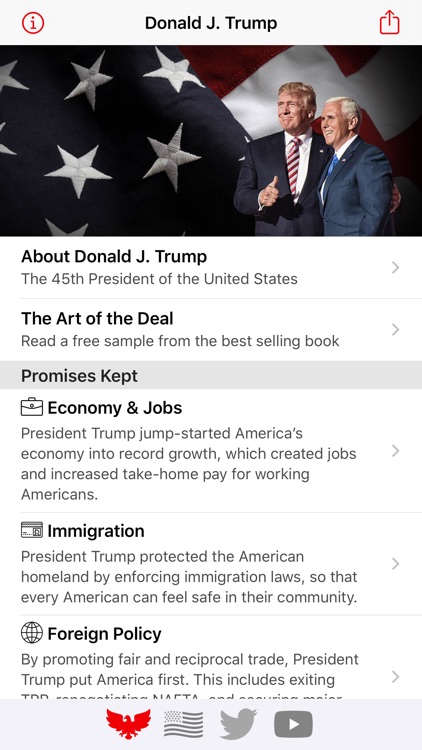 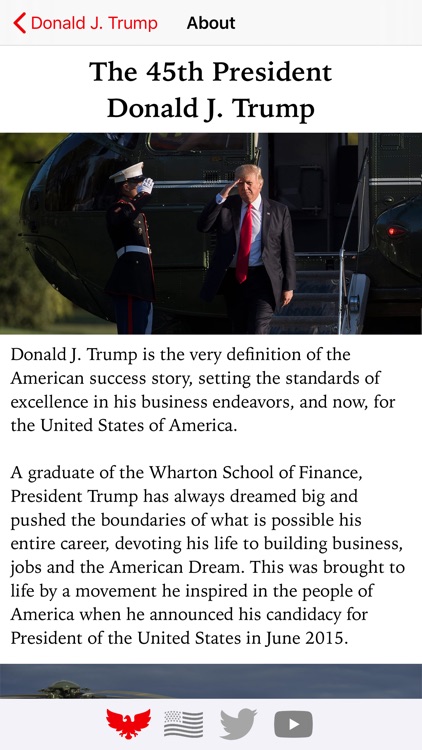 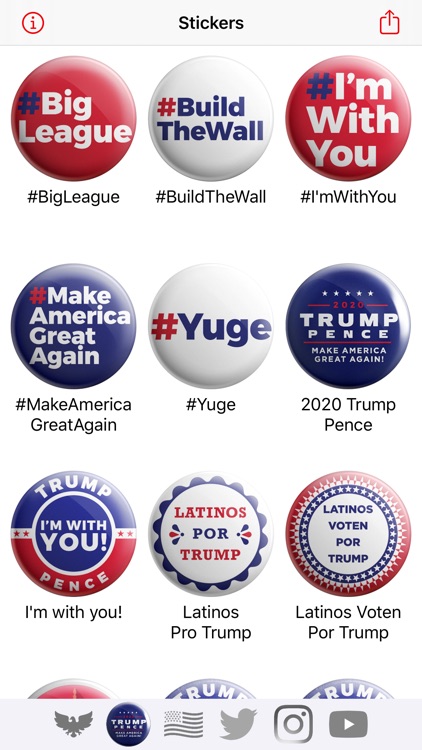 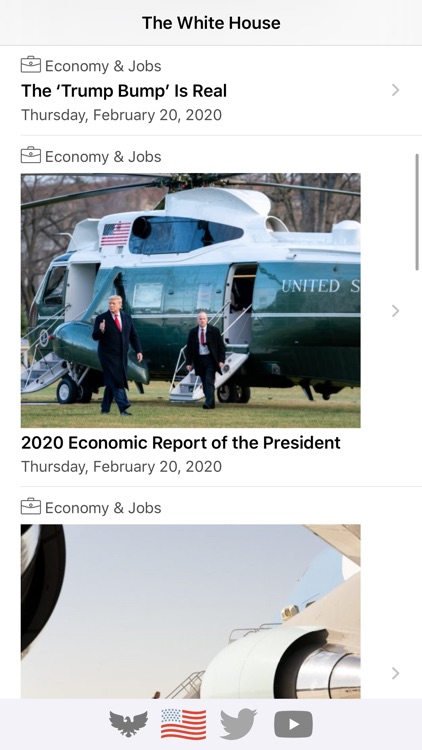 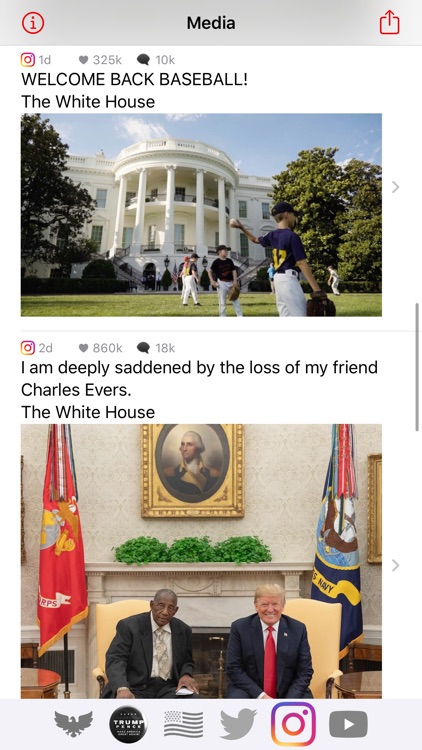 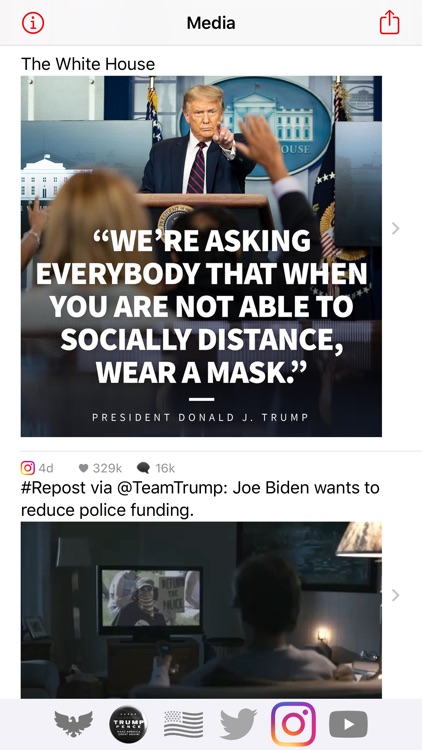 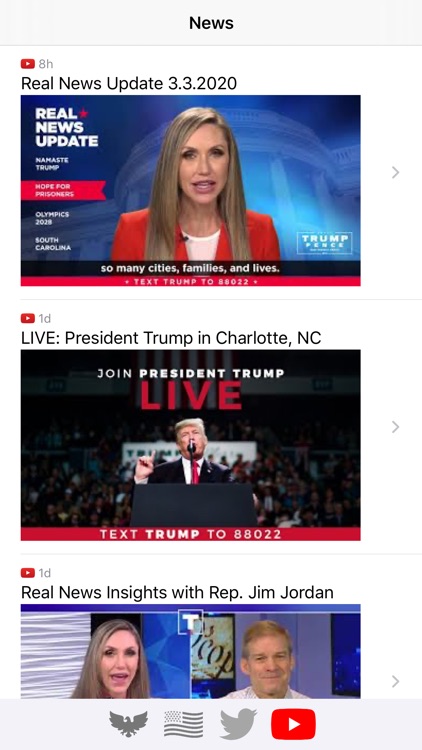 Welcome to the Trump app! Get the President's social media posts and news all in one place.

Donald J. Trump is the very definition of the American success story, setting the standards of excellence in his business endeavors, and now, for the United States of America.

A graduate of the Wharton School of Finance, President Trump has always dreamed big and pushed the boundaries of what is possible his entire career, devoting his life to building business, jobs, and the American Dream. This was brought to life by a movement he inspired in the people of America when he announced his candidacy for President of the United States in June 2015.

This movement would ultimately lead to one of the most unique Presidential campaigns in history. Ever the leader, Trump followed no rule book and took his message, “Make America Great Again” directly to the people. Campaigning in historically democratic states and counties across the country, Trump was elected President in November 2016 in the largest electoral college landslide for a Republican in 28 years.

President Trump is working hard to implement his ‘America First’ platform, continuing his promise to the American people to lower taxes, repeal and replace Obamacare, end stifling regulations, protect our borders, keep jobs in our country, take care of our veterans, strengthen our military and law enforcement, and renegotiate bad trade deals, creating a government of, by and for the people.

He is making America First, again, restoring our nation’s faith, ushering in a bright, new future now and for generations to come. 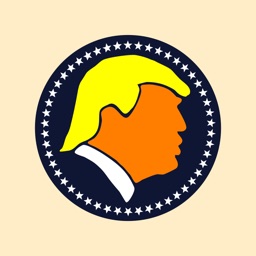 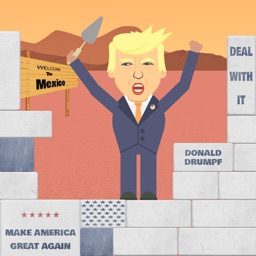 The Great Wall Of Trump 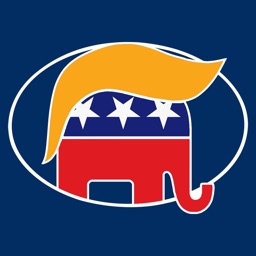 We Are for Trump 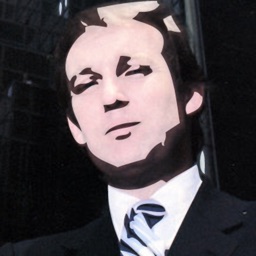 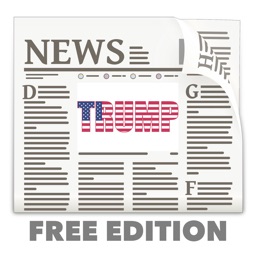 Juicestand Inc
Nothing found :(
Try something else