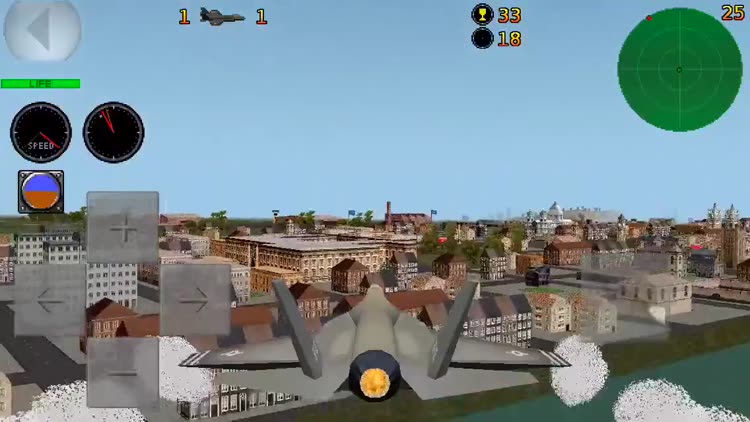 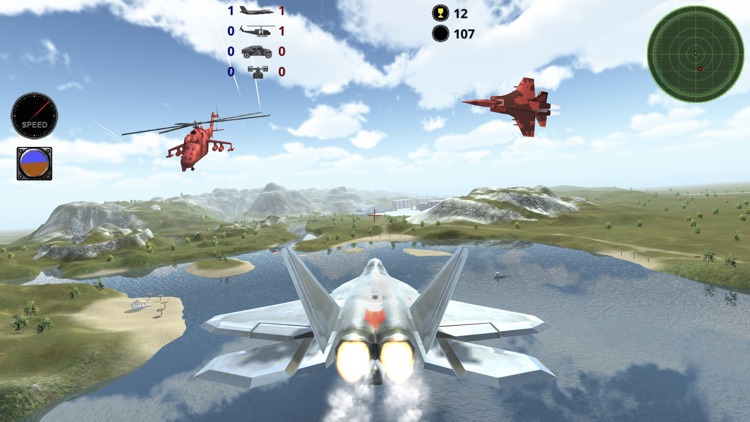 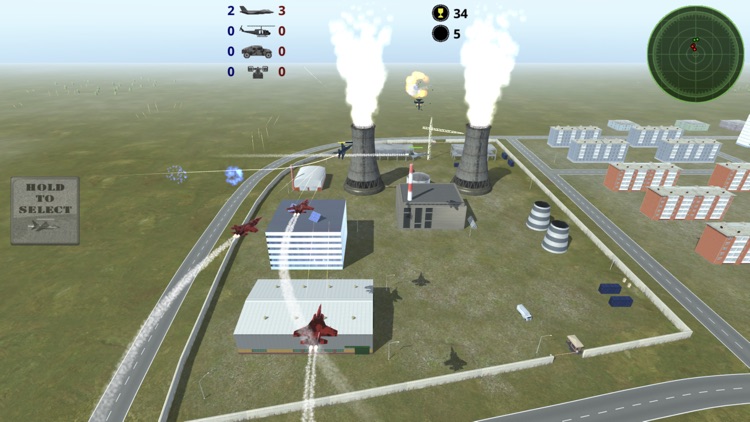 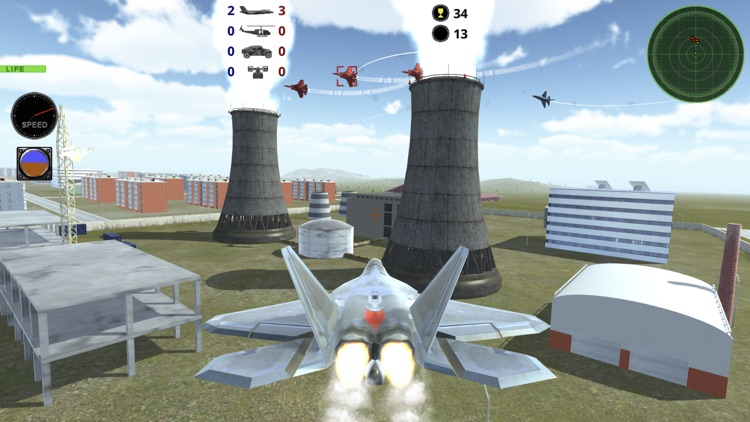 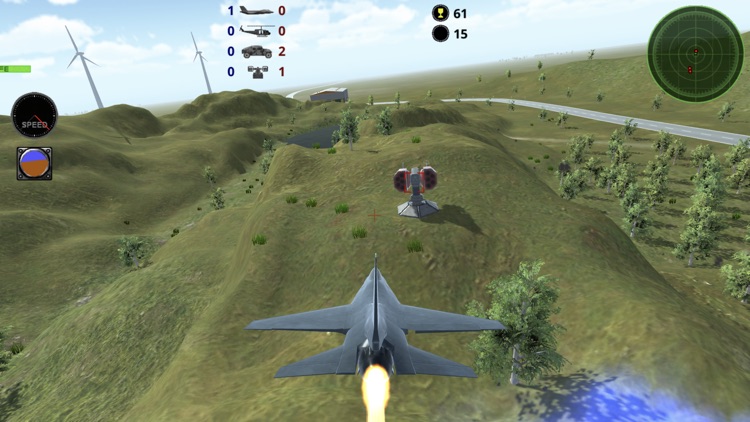 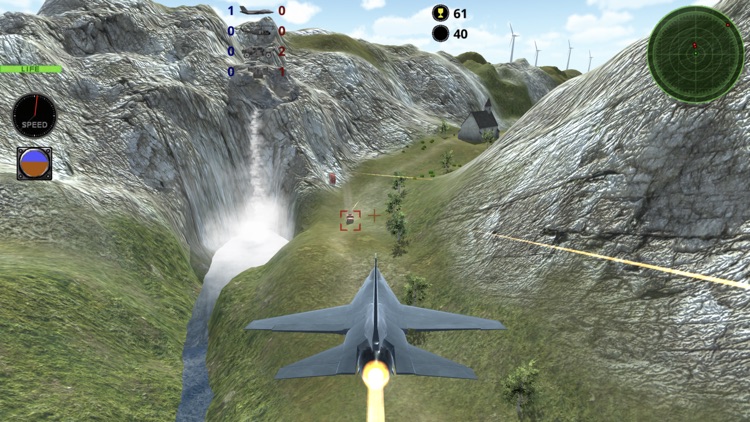 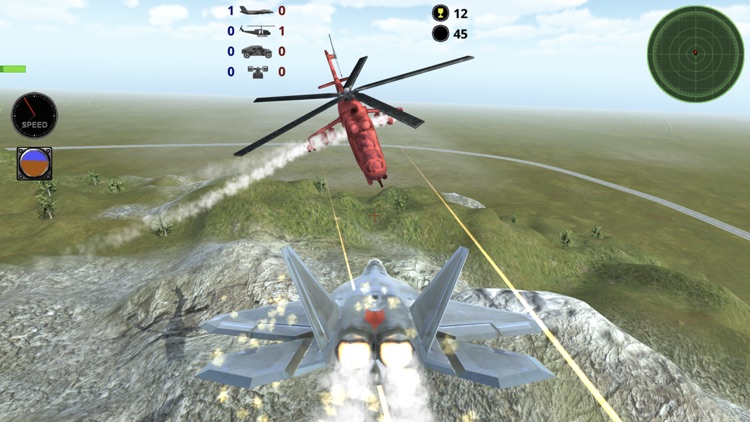 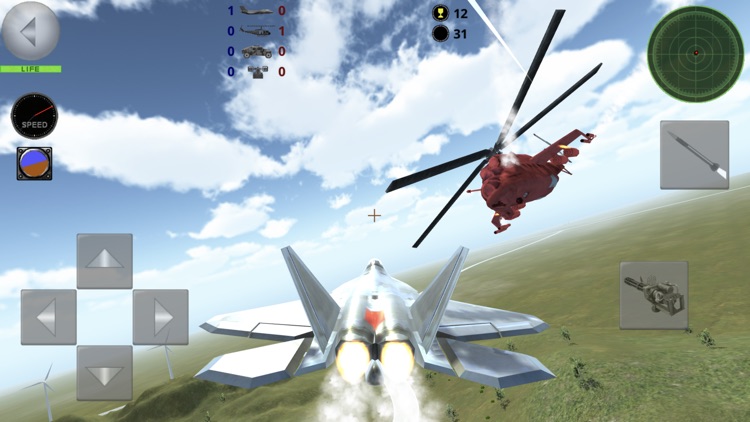 Fighter 3D is an instant action game, in each mission the combat begins immediately.

The less time, the better. Compare your time with that of players around the world with Game Center.

Fighters are equipped with missiles that chase the enemy.
Achieve a target, aim, shoot and observe how they fall wrapped in flames!
Fighters also have machine guns for close combat, many times they are better than missiles.
When you see a missile heading towards you, make a quick turn to avoid it.

In many missions you can handle several units at once, coordinating them to destroy the enemy.

At any time you can visualize the battle from above. This has two functions:
1. Select units and send them to any point on the map, handling the battle as a general.
2. Select the unit you want to handle in the first person.

This system is something that very few games have and gives you total control of the battle.

Fly through the city and the countryside, over lakes, rivers and waterfalls, between mountains and cliffs, at the nuclear power plant, on farms...
Enjoy now the wide stage and the fun missions of Fighter 3D. 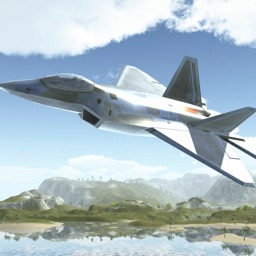 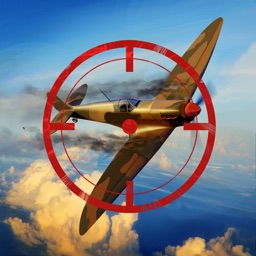 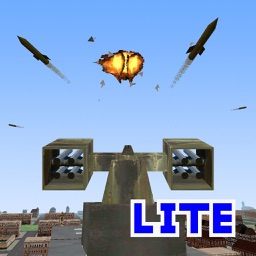 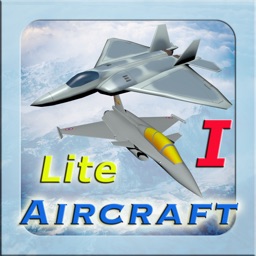 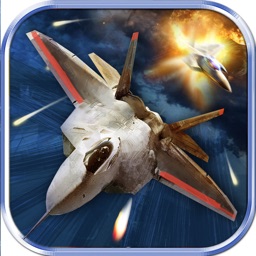 Greg Tripp
Nothing found :(
Try something else