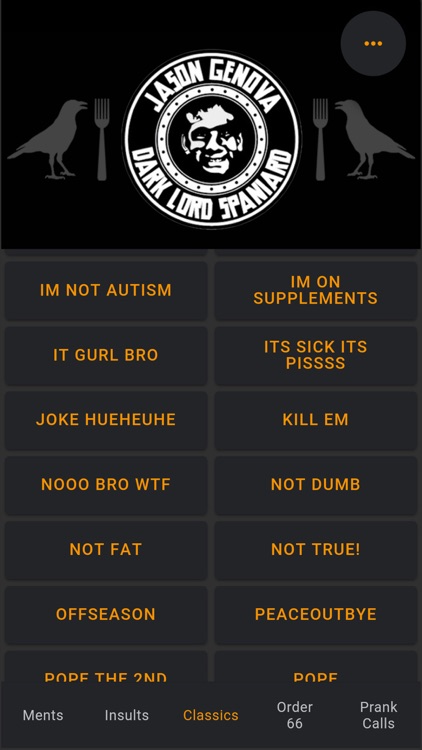 It could be said that even some of the most respected ‘Genovaverse’ scholars and ‘Cresvaologists’ will hear quotes they've never heard before.

Also included is a prank call feature, meaning all your unwanted callers can now be told "I’m gonna letchu go bro" by the lord himself.

Ments category: Delve deep into "the piss" and play some old school and underrated ‘ments’.

Insults: "You are such a vegan bro".

Order 66: Feel the wrath of the dark lord.

Prank call: Featuring exclusive sounds, order 66 can now be taken to another level.

Get it for $0.99 in the App Store
Disclaimer:
AppAdvice does not own this application and only provides images and links contained in the iTunes Search API, to help our users find the best apps to download. If you are the developer of this app and would like your information removed, please send a request to [email protected] and your information will be removed.
Nothing found :(
Try something else