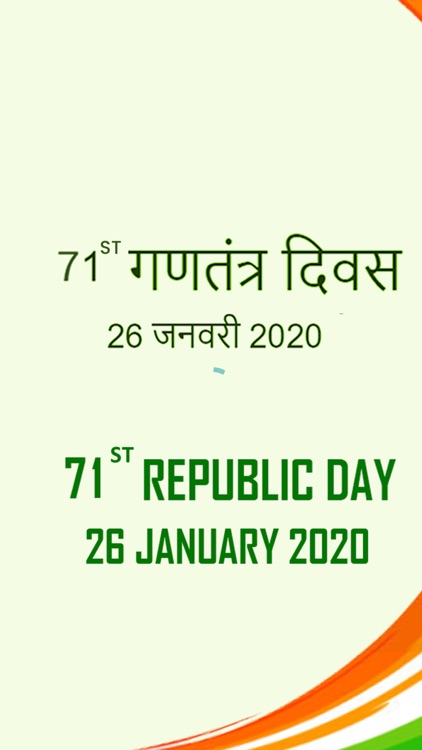 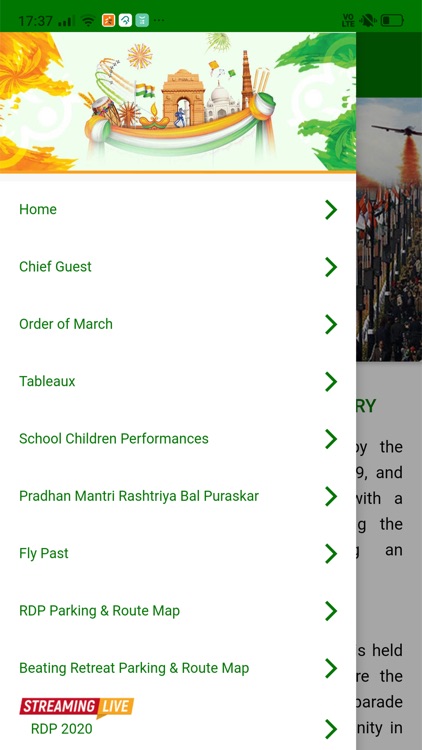 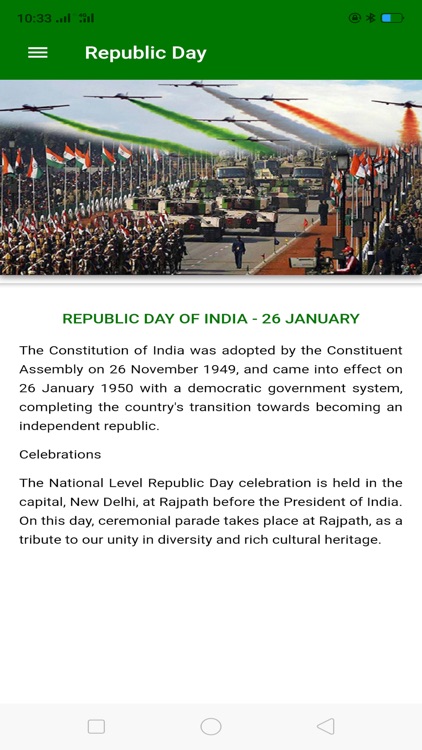 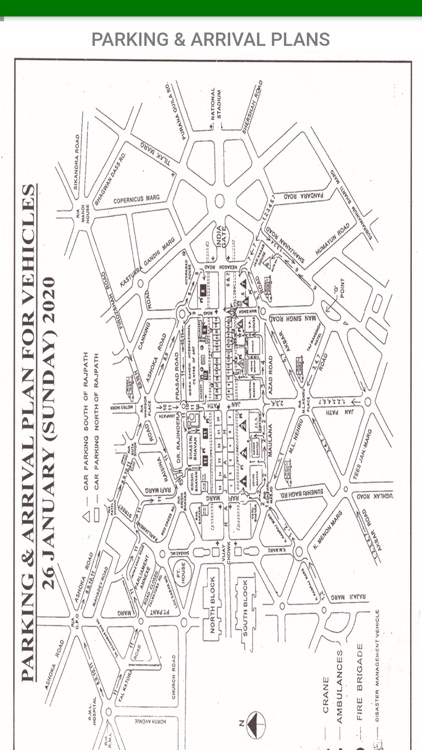 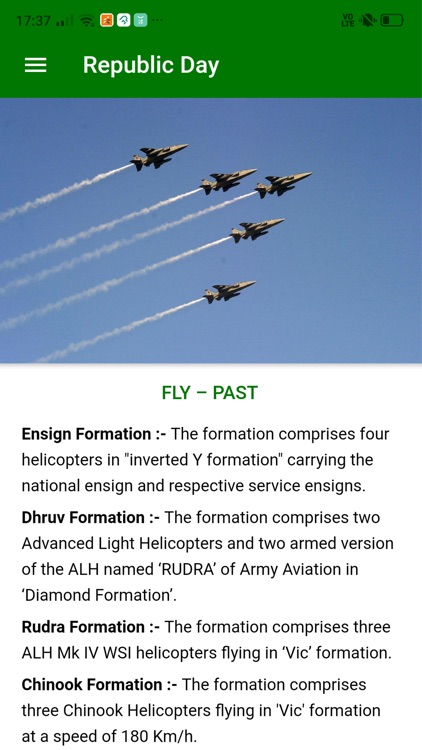 The Constitution of India was adopted by the Constituent Assembly on 26 November 1949, and came into effect on 26 January 1950 with a democratic government system, completing the country's transition towards becoming an independent republic.

The National Level Republic Day celebration is held in the capital, New Delhi, at Rajpath before the President of India. On this day, ceremonial parade takes place at Rajpath, as a tribute to our unity in diversity and rich cultural heritage. 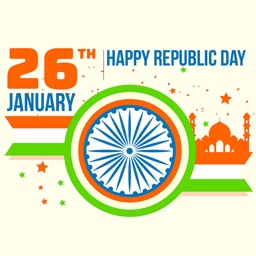 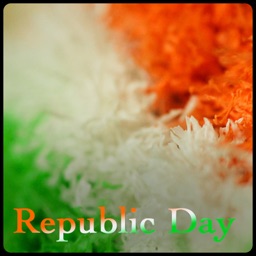 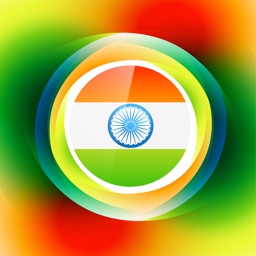 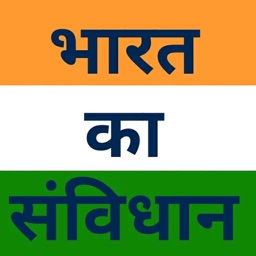 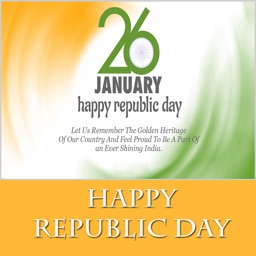 Santosh Mishra
Nothing found :(
Try something else