Sudoku is a logic-based,combinatorial number-placement puzzle. The objective is to fill a 9×9 grid with digits so that each column, each row, and each of the nine 3×3 subgrids that compose the grid (also called "boxes", "blocks", or "regions") contain all of the digits from 1 to 9. 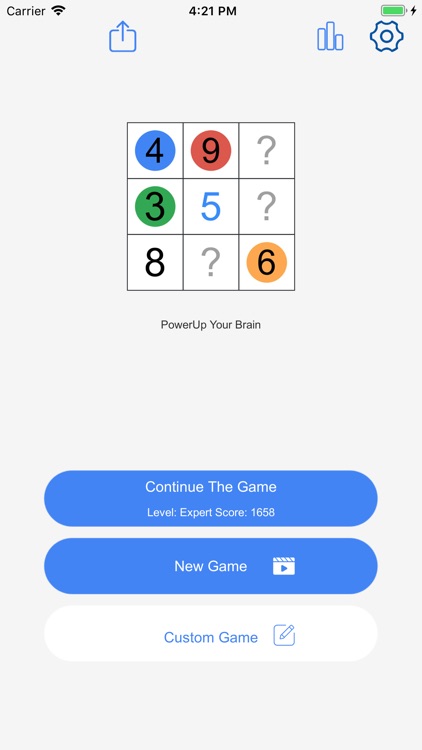 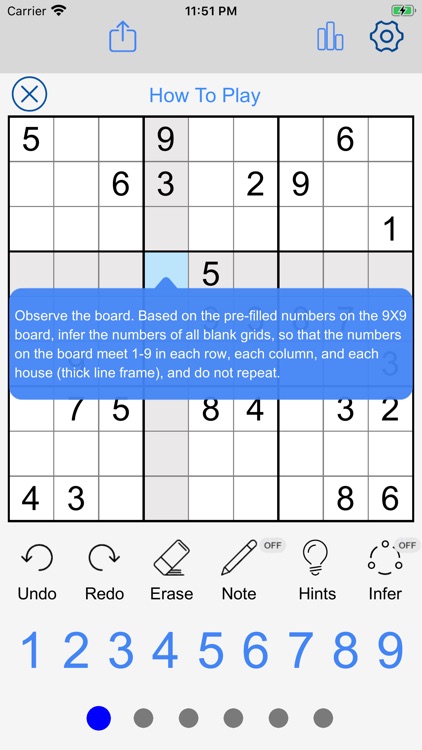 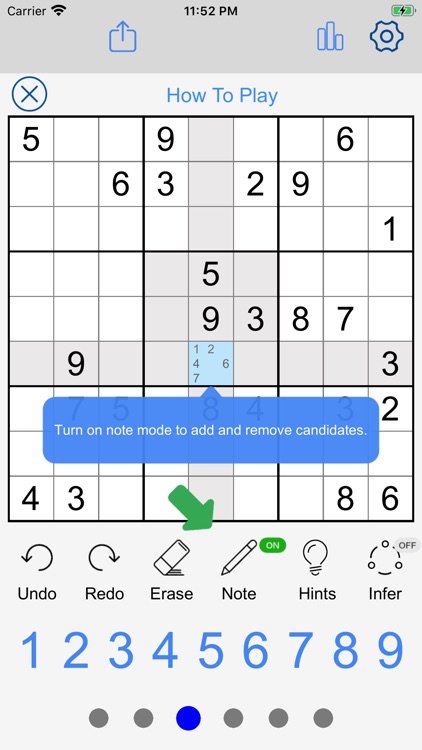 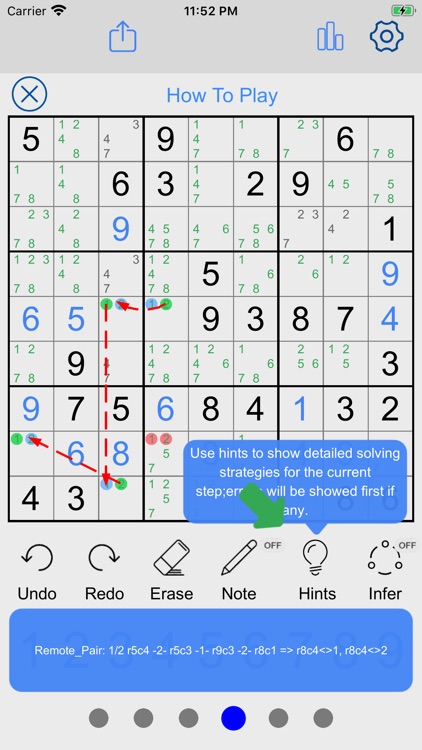 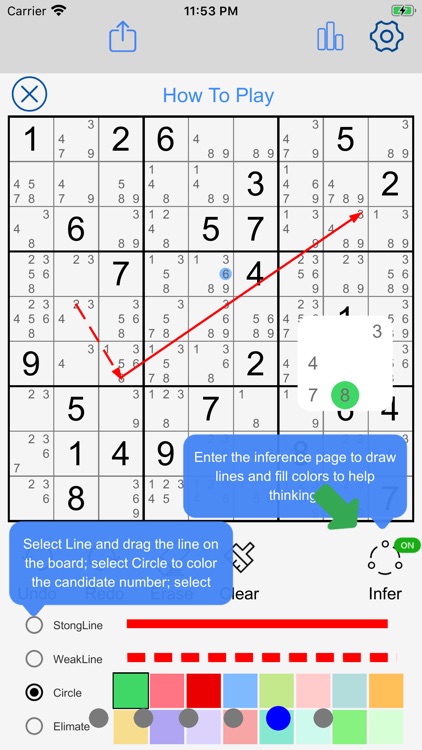 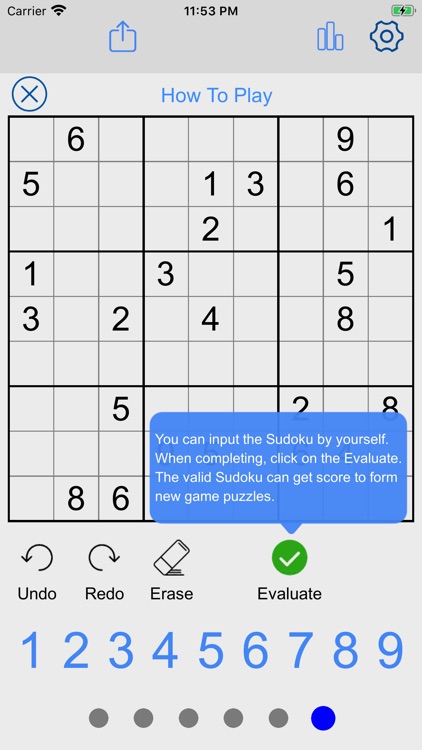 Sudoku is a logic-based,combinatorial number-placement puzzle. The objective is to fill a 9×9 grid with digits so that each column, each row, and each of the nine 3×3 subgrids that compose the grid (also called "boxes", "blocks", or "regions") contain all of the digits from 1 to 9.

Sudoku @with the following features and advantages:

--- Powerful prompt system:
When the player can't think of the current problem-solving steps while doing Sudoku, the prompt system will list the problem-solving strategies in detail, instead of giving them directly like other Sudoku games An inexplicable number answer to the question,Sudoku @ lets players not only know what but also why. It can be said that this Sudoku @ App is not only a Sudoku game, but also a Sudoku teaching application, which allows players to master various levels of problem solving Skills during the process of playing Sudoku @, and eventually grow into a Sudoku master.

--- Powerful reasoning system:
Sudoku is one of the best puzzle games ever made by human beings. It originated from the great Swiss mathematician Euler in the 18th century. Sudoku has deep mathematical connotation and concise rules of the game. But it don't need mathematical knowledge, just using strict logical reasoning skills. When doing more advanced Sudoku problems, you need to comprehensively use line drawing and coloring tools for inference. Sudoku @ App has an inference page that provides tools such as line drawing and coloring, so that players can easily perform Reasoning, while other Sudoku applications on the market do not allow players to draw lines and fill colors, most of them only have an auxiliary reasoning function that lists candidate numbers. For slightly more complicated Sudoku, this is far away. Far from enough. Sudoku @ allows players to make deep reasoning and get a superior experience than doing Sudoku on paper.

--- Support custom Sudoku:
Sudoku @ supports inputting Sudoku by yourself. After the player completes the input, Sudoku @ App checks the correctness of Sudoku input. If the player enters incorrectly, he will be prompted. If the input is correct, Sudoku scores the difficulty. After finishing the score, players can play it as a new game of Sudoku. The playing process is no different from Sudoku generated by Sudoku @ App. You can use the functions provided by the system such as hints, inference, etc. If the player sees the Sudoku problem that they want to challenge elsewhere, they can input Sudoku @ to play to get a good experience.

--- Precise difficulty distinction:
The Sudoku @ question is generated by the AI ​​algorithm, the question is interesting, and the solution is unique. There are obvious differences at each level. The easy level does not have too advanced question-solving strategies, while the master level contains difficult skills that only experienced players know .Each question has a score. The higher the difficulty, the higher the score. Players can clearly know their current level and enjoy the joy of becoming a Sudoku master.

Sudoku @Application Features Summary:
· Sudoku @Difficulty distinction is obvious, from novice to master.
· Sudoku @AI algorithm generates Sudoku question, the question is interesting, and the solution is unique.
· Sudoku @is easy to operate, you can click the number or drag the number to fill in.
· Sudoku @Turn on note function to mark candidate numbers.
· Sudoku @Hint function can prompt detailed solution ideas of the current step instead of just giving answers.
· Sudoku @Reasoning function allows you to draw lines, fill colors, and assist your thinking.
· Sudoku @provides one-click candidate number function, which allows you to be free from the dullness of filling candidate numbers and focus on logical reasoning.
· Sudoku @You can enter your own Sudoku. The system will score the entered Sudoku. You can challenge the Sudoku you entered.
· Sudoku @ supports sharing and leaderboards, allowing you to play with friends or others. 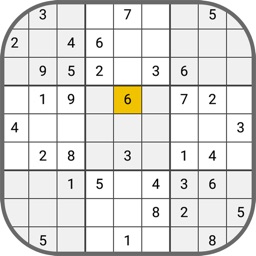 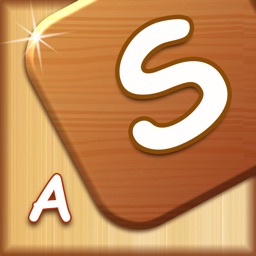 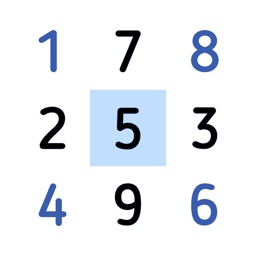 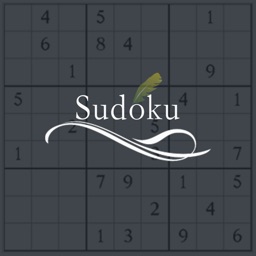 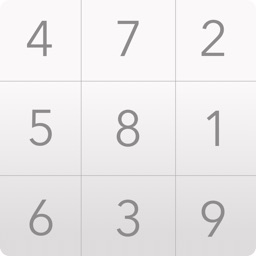 Alexander Kessler
Nothing found :(
Try something else