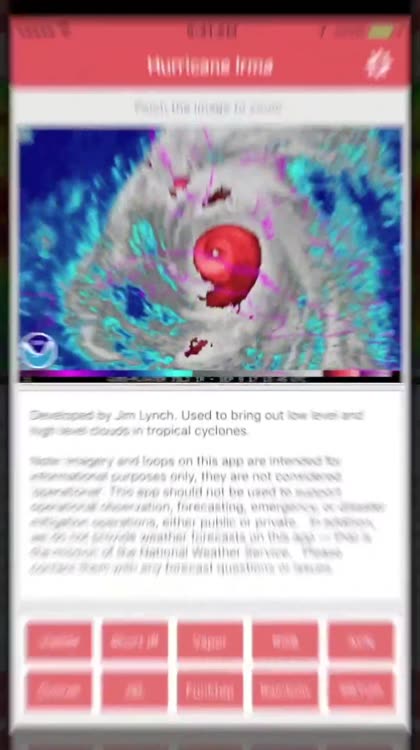 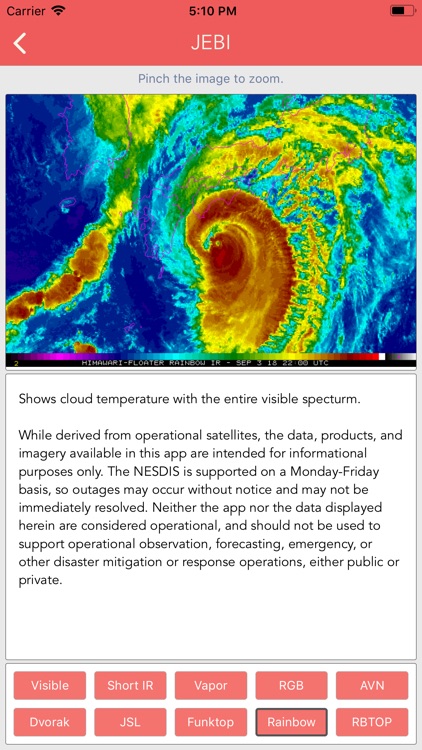 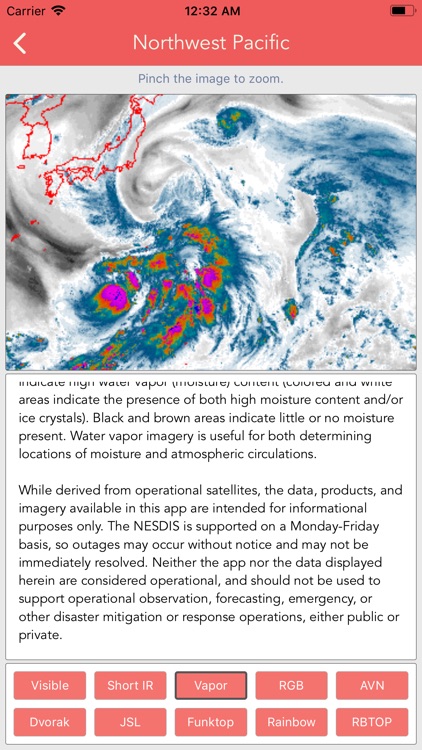 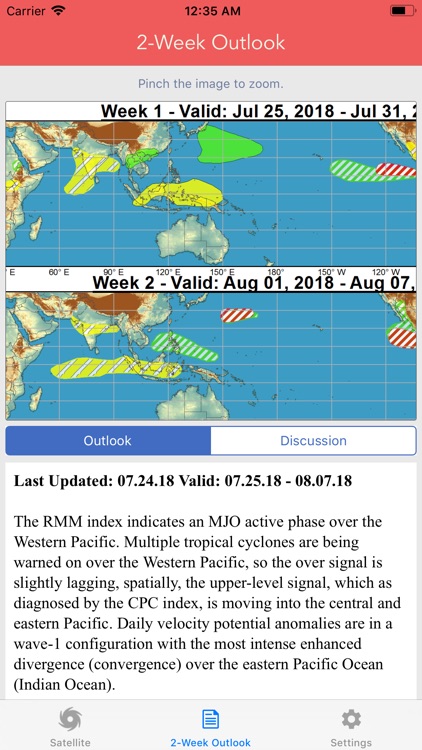 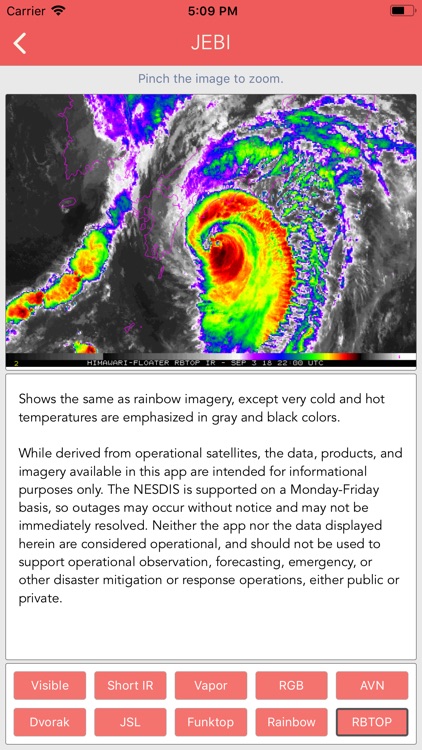 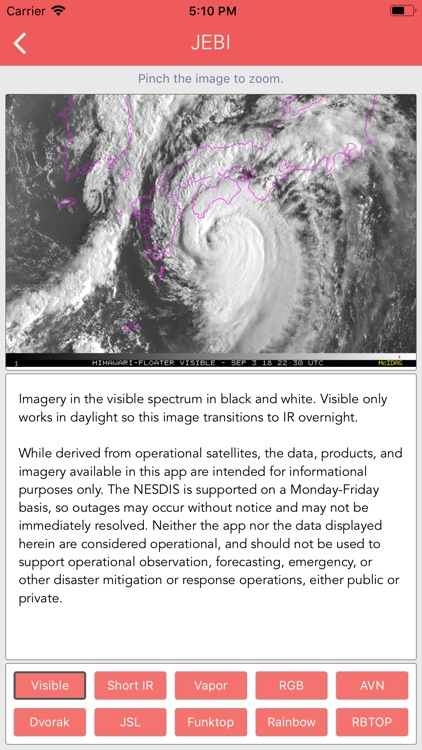 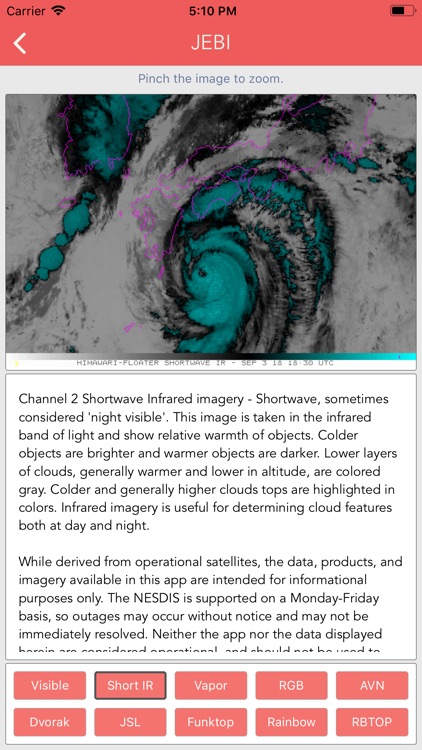 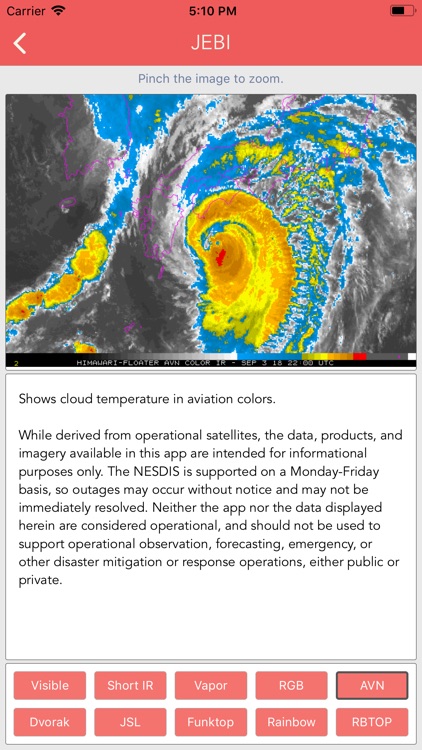 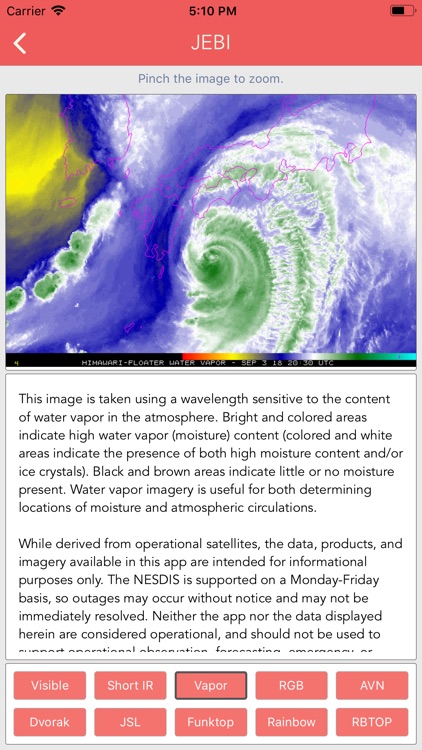 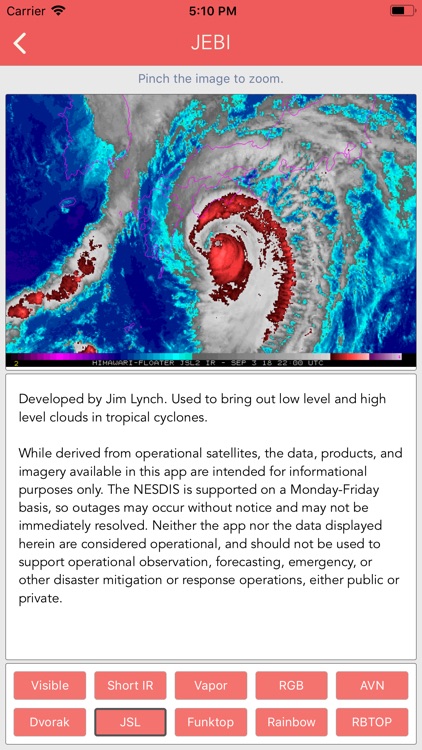 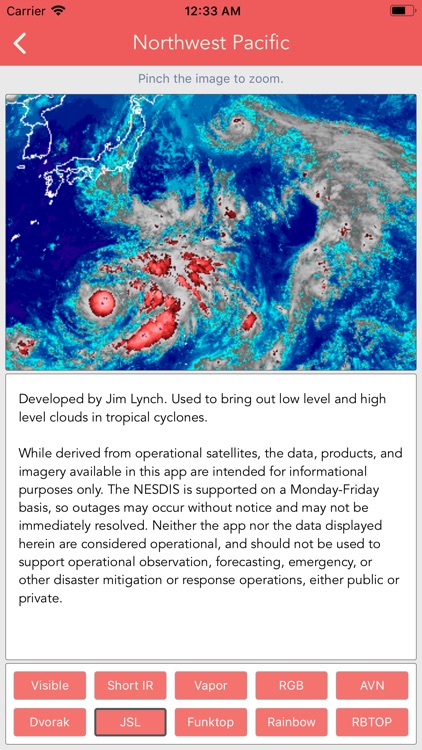 By far the fastest, most convenient way to access Typhoon Tracking data. The app displays detailed satellite imagery animations, allowing you to track the storm using the most recent observations.

-- RBTOP --
Shows the same as rainbow imagery, except very cold and hot temperatures are emphasized in gray and black colors.

-- AVN --
Shows cloud temperature in aviation colors.\n\nWhile derived from operational satellites, the data, products, and imagery available in this app are intended for informational purposes only.

-- RBG --
This image is generated using a combination of Visible and IR using a three channel technique to form a Red/Green/Blue false color image.

-- Water Vapor --
This image is taken using a wavelength sensitive to the content of water vapor in the atmosphere. Bright and colored areas indicate high water vapor (moisture) content (colored and white areas indicate the presence of both high moisture content and/or ice crystals). Black and brown areas indicate little or no moisture present. Water vapor imagery is useful for both determining locations of moisture and atmospheric circulations.

--Short Wave IR --
Channel 2 Shortwave Infrared imagery - Shortwave, sometimes considered 'night visible'. This image is taken in the infrared band of light and show relative warmth of objects. Colder objects are brighter and warmer objects are darker. Lower layers of clouds, generally warmer and lower in altitude, are colored gray. Colder and generally higher clouds tops are highlighted in colors. Infrared imagery is useful for determining cloud features both at day and night

-- Visible --
Imagery in the visible spectrum in black and white. Visible only works in daylight so this image transitions to IR overnight.

-- Dvorak --
The Dvorak technique is a method using enhanced Infrared and/or visible satellite imagery to quantitatively estimate the intensity of a tropical system. Cloud patterns in satellite imagery normally show an indication of cyclogenesis before the storm reaches tropical storm intensity. Indications of continued development and/or weakening can also be found in the cloud features. Using these features, the pattern formed by the clouds of a tropical cyclone, expected systematic development, and a series of rules, an intensity analysis and forecast can be made. This information is then standardized into an intensity code. 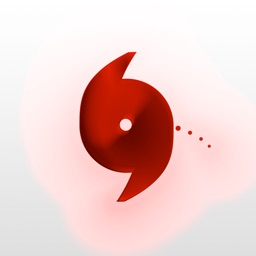 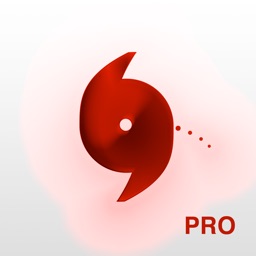 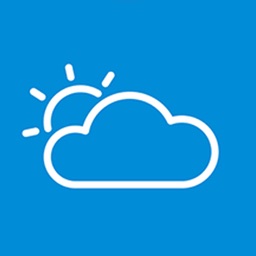 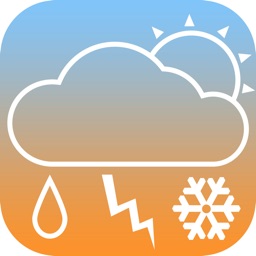 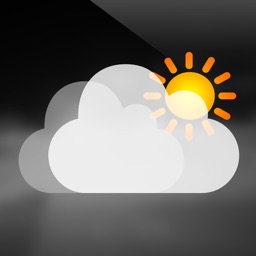 Sparkling Apps BV
Nothing found :(
Try something else