You are using an outdated browser. Please upgrade your browser to improve your experience.
by Ian
May 3, 2009

There are no reviews as of this writing (probably because everyone is still waiting for the app to download and sync), but the classic immersive puzzle game Myst is now live in the App Store. And I thought Metal Gear Solid Touch was massive at 137 megabytes. Originally released  more than 15 years ago for Mac, Myst on iPhone (link opens in iTunes) features all of the original gameplay, animations and movies. It also has higher quality images, which, combined with the movies, is likely the reason it's so massive. For those of you who aren't familiar with the game, the world of Myst is produced by simply crossfading images. When you click in one direction or the other, the image crossfades to another image, giving you the illusion of motion. Myst was groundbreaking for its beauty during the dark ages of video game graphics. When combined with music and sound effects it's incredibly immersive as you explore this surreal world trying to solve puzzles. Now, on iPhone, it looks to be one of those games that was meant to be played all along with tap and swipe rather than click and drag. I've played through Myst once on a computer and I'm incredibly tempted to pay the $5.99 to play through again on the iPhone. I never played through the sequel though, so how long do you think it'll take Cyan Worlds to release Riven? 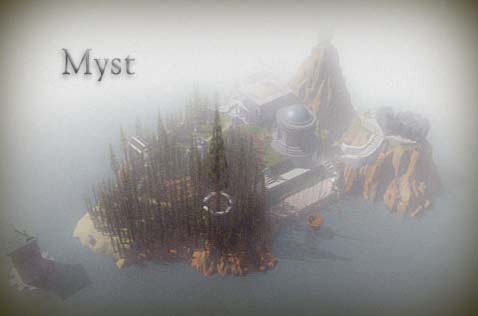 Myst Available Now, Weighs In At Massive 727 MB
Nothing found :(
Try something else