You are using an outdated browser. Please upgrade your browser to improve your experience.
by Tyler Tschida
March 12, 2010 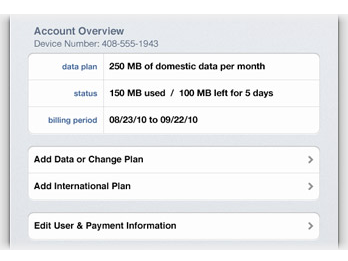 Apple did more than just flip that pre-order switch today, the company also revealed a couple of new details regarding the iPad's functionality that just might make using it that much more enjoyable. 3G Data Monitoring Apple has revealed that you future iPad Wi-Fi + 3G owners will be able to upgrade to the unlimited plan ($29.99) on the fly if you notice that you are about to hit the 250MB limit, or you will be able to simply add another 250MB ($14.99) to your service.  You will be able to accomplish this via the iPad's Cellular Data window within Settings along with the ability to view your actual data usage and when the next month of service begins. If you sign up for the 250MB plan, you will also receive warnings when you’re running out of data. You’ll get three alerts as you near your 250MB limit: one at 20 percent, 10 percent, and zero. With each alert you will be able to choose to add more data or wait and do it later. 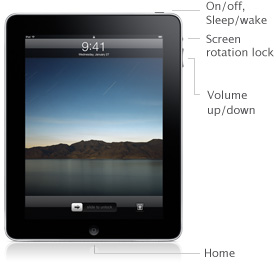 Rotation Lock Switch Reading, surfing the web, playing games, or whatever else you do in an awkward position won't be a problem on the iPad.  Apple has revealed that the physical mute switch is now a screen orientation lock switch, which can be used to stop the screen from flipping between portrait and landscape views.  The switch will be located on the right-hand side of the iPad, right about the volume controls.  This obviously means that you will now have to decrease the volume to zero to mute the device physically. Oh yeah, and don't forget to pre-order your iPad Wi-Fi today! Pre-orders are limited to two per customer.
Nothing found :(
Try something else