You are using an outdated browser. Please upgrade your browser to improve your experience.
by Alexander Vaughn
March 8, 2010 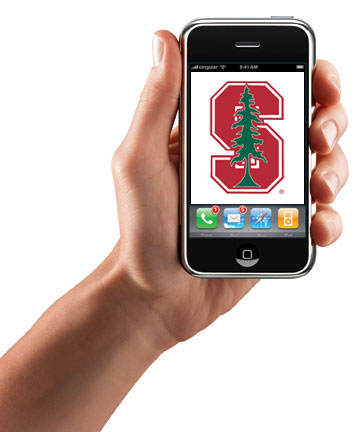 Stanford University, mostly renown for its interest in the iPhone, recently ran a survey through 200 of its students to look at their relationship with their iPhone. The verdict? They're totally hooked. The results are actually quite funny, for starters:

Nearly 85 percent of the iPhone owners used the phone as their watch, and 89 percent used it as their alarm clock. In fact, 75 percent admitted to falling asleep with the iPhone in bed with them, and 69 percent said they were more likely to forget their wallet than their iPhone when leaving in the morning.

Actually, 10% of them openly admit to iPhone addiction and 1 out of 3 expects to become an addict in the near future. Apparently, their in-house anthropologist believes that the iPhone has become a part of its users, an extension of their bodies, which traditionally had 3% of them give it a name. Oh, and most importantly, "74 percent said the iPhone also made them feel cool." While I didn't name my iPhone (yet), I must admit to the watch/bed/wallet thing. How do you fit in there?