You are using an outdated browser. Please upgrade your browser to improve your experience.
by Staff Writer
June 7, 2010

The iPhone 4 was unveiled today, and whether it was leaked or not, it seemed to be a rather boring keynote. Steve Jobs stated numerous times how this was the biggest jump between iPhone generations since the original iPhone, but it sure doesn’t seem like it. With nine points in total the overall notion was a big yawn. The iPhone 4 provides a brand new thinner slicker design. The screen is redone with 326 pixel per inch and a 960 by 640 resolution. Video recording is now HD, and the camera is 5 megapixel with LED flash. FaceTime uses the front facing camera for video calls. Those are all solid and neat features, but definitely nothing classified as huge leaps forward. With a leak or not there is nothing particularly worth upgrading if you own the 3GS. If you have the 3G or even the 1st gen iPhone this is an amazing upgrade. The iPhone 4 definitely bests any product made by Motorola, HTC, or RIM. If you own a 3GS everything Steve Jobs said was met with a ‘meh.’ The design and screen are great, but not much of an incentive to upgrade. The video is now ‘HD’ though most 3GS owners know they don’t use video much as is. The camera is 5 megapixels with a flash so you can at least take pictures at night, but going from 3 to 5 megapixels doesn’t change the fact that pictures still are pointless compared to an actual camera especially with no optical zoom. 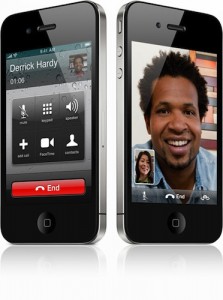 Then there is iChat, oh wait no it’s just rebranded version for very special cases. FaceTime is great in concept, but with it only working for iPhone 4 to iPhone 4 calls it may be limited in use. Also the calls are only on Wi-Fi for 2010 so can’t you just use your macbook for the same thing? The iPhone is about portability, but you can only be on Wi-Fi where you will probably already have your macbook. The new A4 chip adds one hour battery life across the board compared to the 3GS. This is the most disappointing as an iPhone with the iPad battery life would have really been worth an upgrade. The actual processing power isn't that much of a difference which is especially apparent from reports from developers on developing for the iPad, and expecting so much more power in comparison to the 3GS. Also included is a gyroscope to add up to 6 reference points. Well that sure would help if there was any incentive for developers to make apps using the gyroscope in innovative ways. With the current $0.99 overload in the crowded App Store it's not worth the risk of time and investment to create an innovative app with the gyroscope with very slight chances of any success. Of the 9 points Steve discussed today some aren’t iPhone 4 specific. iOS4 is coming to the 3GS in full giving you multi-tasking, folders, iBooks, threaded universal inbox, 5x digital zoom, tap to focus video, iAd, etc. An iPhone 3GS running iOS4 doesn’t seem very different than an iPhone 4. 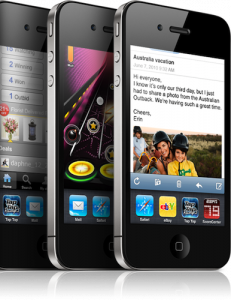 The iPhone 4 feels like a 3GS with a new shell and screen with a slightly beefed up camera. iOS 4 is the best part of the keynote which is a free upgrade. Apple knows though that most upgraders have a 3G in perfect timing for the 2 year contract expiration. Apple knows the 3G was their biggest iPhone generation seller, so it's perfect timing for them. The iPhone 4 is what the 3GS should have been last year, so there is no major leap this year. Apple leaves us with the same lack of innovation as the 3GS was to the 3G, and the 3G to the original. Apple has been stuck in monotony, and are still there with the iPhone 4. Apple, we’re still waiting on the biggest leap since the original iPhone, maybe it will be iPhone 5 June 6th, 2011. Or at least sometime in 2011 when FaceTime can expand to other devices.

The iPhone 4 Doesn't Really Change Anything

The iPhone 4 Doesn't Really Change Anything
Nothing found :(
Try something else