You are using an outdated browser. Please upgrade your browser to improve your experience.
by Tyler Tschida
July 23, 2010 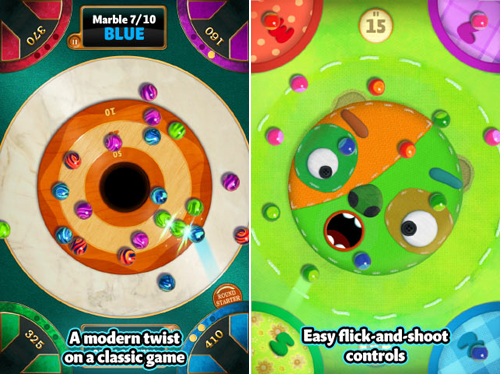 The iPad version of GameHouse's marble rolling party game, Marble Mixer for iPad, received favorable reviews from everyday gamers and reviewers alike due to its addictive pick-up-and-play gameplay and realistic physics, so thankfully the team decided to share the fun with those of you with much smaller screens in the newly released iPhone and iPod touch version. Marble Mixer is nearly identical to its iPad counterpart, only with slimmed down graphics in order to fit on smaller screens.  The game allows you to take part in three different marble-based games -- Space Mania, Table Tactics, and Monster Picnic -- with up to three AI or human controlled opponents.  In each game you will be required to flick marbles from your corner of the screen at a target of some sort (depending upon the game) in the middle.  The speed of your marbles is determined by the speed of your flick, and marbles will ricochet off of each other in realistic fashion. The game also features the same colorful and textured graphics as the iPad version, fast-paced gameplay, Facebook integration, and local leaderboards. Marble Mixer for iPad may be more appropriate for party settings due to its much larger screen, but Marble Mixer for iPhone and iPod touch will definitely entertain those of you without iPads. Marble Mixer is now available in the App Store for $.99. 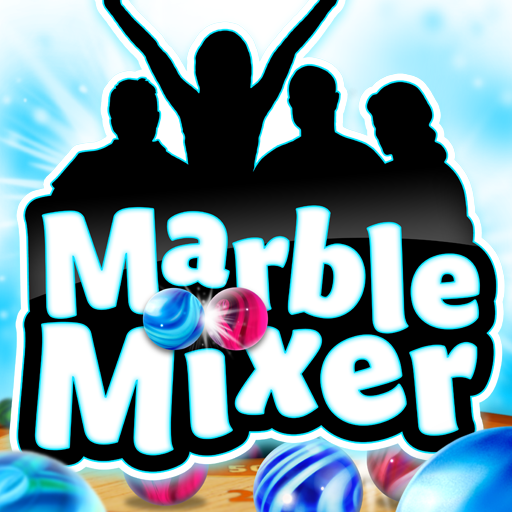 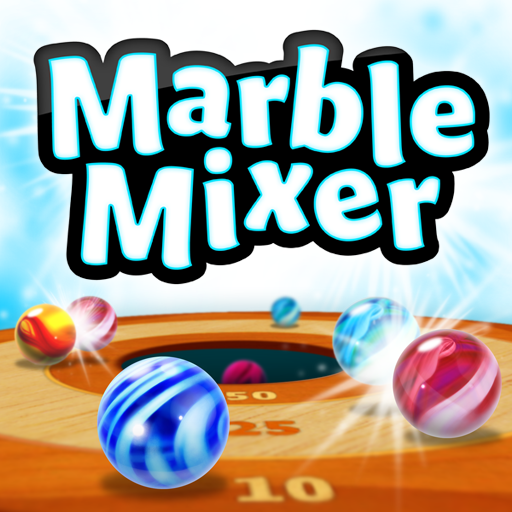 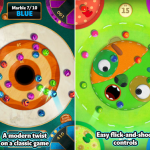