You are using an outdated browser. Please upgrade your browser to improve your experience.
by Alexander Vaughn
July 22, 2010 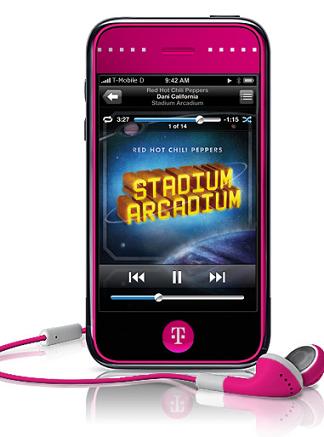 For the last three years there have been many rumors that the iPhone will eventually be available on Verizon's network. Apple has Verizon cell-sites in its Cupertino HQ, it has CDMA iPhone prototypes, and most of all, it has the will. Yet, it just hasn't happened so far. There are some plausible explanations, but we really don't know why for sure.

However, Verizon is not the only other American wireless carrier that could be carrying the iPhone soon. According to Cult of the Mac's high-placed source at T-Mobile:

"Talks between Apple and T-Mobile are at an advanced stage, our source says, and it’s 80 percent likely that the iPhone will be coming to T-Mobile in Q3."

It's not the first time we're hearing this, as T-Mobile's parent company Deutsche Telekom, already carries the iPhone in a number of other countries and had mentioned in the past T-Mobile US's iPhone desires. However, all we have here from Cult of the Mac is their word on it. As for the 80% probability, it sounds very much like the kind of statistical BS many companies are fond of, it doesn't really confirm anything.

Furthermore, this could just be some sort of negotiation tactic. I really don't see how this would help T-Mobile though, from what I'm hearing, people are not too crazy about their network either. Are they just trying to test AT&T's reaction to the rumor? It's widely believed that the exclusivity deal is now over, but who knows?

Lastly, there is also a technical issue. While unlockers have been putting the iPhone on T-Mobile for a while, the two are not fully compatible. Indeed, T-Mobile's 3G network is a bit different from the standard one used by AT&T and the rest of the world. This means that Apple would have to ship an iPhone equipped with a slightly different chip or have T-Mobile change its infrastructure. The latter being rather implausible at a time where all that matters is the transition to next-generation 4G networks. Another possibility would be that the new iPhone is T-Mobile capable already, but Apple hasn't revealed it yet.

All in all, this doesn't sound very likely either. It just doesn't seem that it would be interesting enough for Apple to make such an effort. Yet, it just might be a first step towards getting the iPhone on the big red. Guess we'll find out soon enough.

What's your take on this one? Or, do you just want your Verizon iPhone and don't care? 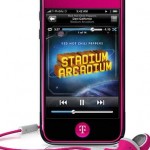 Rumor: iPhone To Hit T-Mobile For Now?
Nothing found :(
Try something else