You are using an outdated browser. Please upgrade your browser to improve your experience.
by Casey Tschida
July 28, 2010 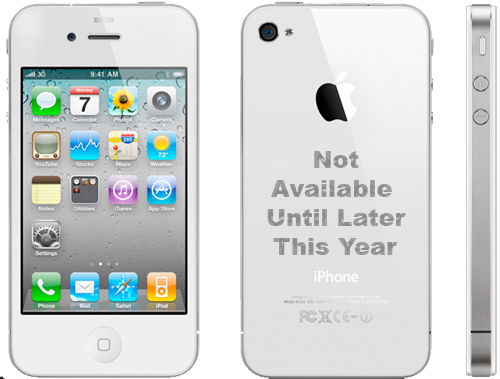 Once again, we have another person "familiar" with the iPhone manufacturing process coming forward and giving yet another explanation as to why the white models "have continued to be more challenging to manufacture than we originally expected."

Apparently, the back light from the iPhone display screen is leaking out around the edges of the glass and seeping through the back of the white phone, according to a person familiar with the manufacturing process.

White models of Apple’s new iPhone® 4 have continued to be more challenging to manufacture than we originally expected, and as a result they will not be available until later this year.

As always, this is strictly a theory and should be taken lightly. Personally speaking, I think if it could be done with symmetry and consistently, it could be a neat visual effect feature. I've witnessed backlight bleeding on black iPod classics, and don't understand how this sort of problem wouldn't also affect the black version of the iPhone 4. Either way, what matters the most is that white iPhone 4 enthusiasts still need to wait or settle with a black version. [via TheStreet] 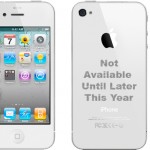 Another Theory Has Surfaced Regarding The White iPhone 4 Delay: Backlight Leakage

Another Theory Has Surfaced Regarding The White iPhone 4 Delay: Backlight Leakage
Nothing found :(
Try something else