You are using an outdated browser. Please upgrade your browser to improve your experience.
by Alexander Vaughn
August 28, 2010
As Philip Elmer-DeWitt just noticed, Apple's grandiose App Store celebrated yet another milestone this weekend; its first quarter million apps. As of now, you can find over 250,000 different iOS apps from over 50,000 developers on the Apple App Store, 2 years and 49 days after its launch. In reality, it's even more than that, as these analytics only include the American App Store. Therefore apps like Spotify, not available in the US, are not even counted. I wouldn't be surprised there are really more than 300,000 all over the world. Also, it's interesting to point out as well that the iPad apps count is closing in on 25,000, only two weeks after passing 20,000. Alright, as you'll see in the chart above, this count is getting less and less representative with book apps, for example, being the biggest category. Also, who knows how many thousands flashlight or single radio station apps are in there. Nevertheless, the App Store is stronger than ever and two years after its launch, no one is anywhere close of beating it. 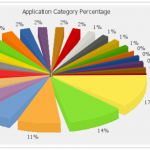 Apple App Store Now Over A Quarter Million Apps Strong
Nothing found :(
Try something else