You are using an outdated browser. Please upgrade your browser to improve your experience.
by Bryan M. Wolfe
August 19, 2010
As reported earlier, it looks like getting a new iPad is getting easier. Now, Fortune Magazine has determined that Apple's overall sales numbers for the device are going to be higher than expected. According to the report:

Clearly, when supply (finally) equals demand, the number of devices sold increases. With the holiday season approaching, this is good news for Apple and for consumers as well. The better availability of the iPad has affected Best Buy Stores as well. According to the same report, the retailer is seeing better supply numbers for the device. Keep in mind, they still aren't great, but they are better. For example, the 16GB Wi-Fi model was only available at 28% of the stores surveyed. The more expensive 64GB Wi-Fi model was available at 67% of the stores. Still, these numbers have climbed in recent weeks as supply has met demand. Meanwhile, GigaOM is reporting that supplies of the iPhone 4 are also improving. But not at the same rate as the iPad. They conclude:

The wait for a new Apple iPhone 4 order should be shorter by the end of September, which would help Apple sell 14 million new handsets in the third quarter and another 15 million in the final three months of 2010 according to an industry analyst. With the expectation that LG is ramping up production of 9.7-inch display panels, iPad orders should flow faster as well, with Apple having the capability to sell 5 to 6 million tablets this quarter.

This is great news for potential iPad and/or iPhone 4 buyers! Of course, all bets are off if Apple releases a refreshed iPad sometime later this year. If that happens, we'll be complaining about supply numbers all over again! 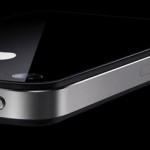 iPad, iPhone 4 Supplies Both Improving, Sales Are Great
Nothing found :(
Try something else