You are using an outdated browser. Please upgrade your browser to improve your experience.
by Alexander Vaughn
August 6, 2010 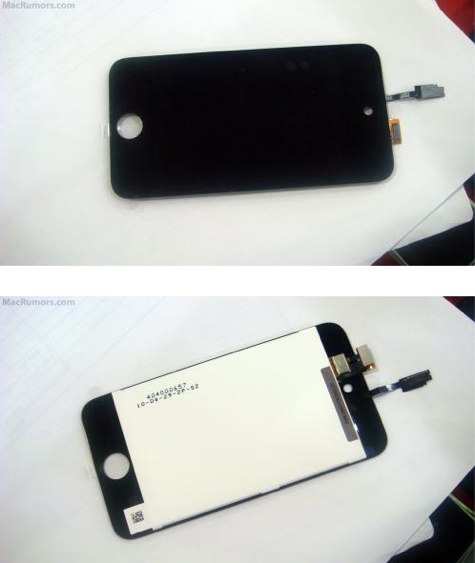 Presumably, now less than a month away from its launch, it's pretty much a given that we're going to see plenty of leaks surrounding the iPod touch 4G. Actually, it's starting already. After yesterday's photos coming from a case maker, it's now Apple's part supplier's turn to leak some pictures.

Revealed by Macrumors, pictured above is reportedly a part from the next iPod touch, or more precisely, its screen panel (both sides). It's fairly standard looking, except for the hole you can see at the top of the panel, presumably to accommodate the long-predicted front-facing camera. As you can see, in this high-resolution shot, the part is stamped "Apple ©2010". In the other shot (above), the part is clearly marked April 29, 2010, meaning it's pretty recent. As to whether this is a Retina display, we're unable to tell at the moment.

If you ask me, FaceTime on the iPod touch is a given at this point. Regardless, we'll probably find out pretty soon, as I would be surprised if the full device doesn't leak before launch this time. 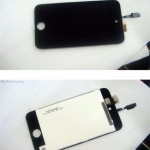