You are using an outdated browser. Please upgrade your browser to improve your experience.
by Joe White
September 30, 2010
Apple has a long running tradition of phasing out older generations of its iPhone devices. The original model is stuck running iOS 3.1.3. While the iPhone 3G can run iOS 4.1, it doesn't have access to features such as multitasking, folders, or Game Center. The iPhone 3GS can multitask and run Game Center, but it can't take HDR digital photographs, like the iPhone 4 can. Not long ago, we told you about a jailbreak tweak which allows iPhone 3GS users to easily enable HDR photography on their handsets. Today, we've heard from 9to5Mac that Apple may well be planning HDR support in a future software update. Either that, or they originally planned to include HDR support for the iPhone 3GS, but dropped it. Take a look at the below picture, found in the iOS SDK: 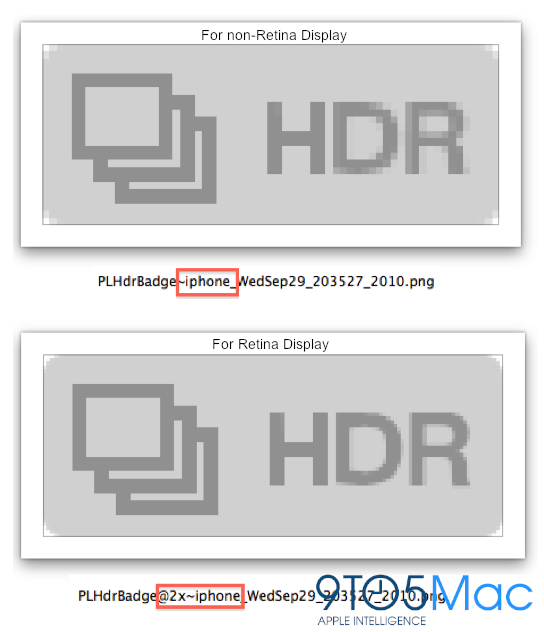 As you can see, Apple has included an HDR icon for both the Retina display optimized handsets, and for non-Retina display handsets as well. You can tell the difference between the two just by checking out the image quality. But, also within the image name, the "@2x" label which signifies a Retina display image is included. Obviously, these two images correspond to two different iPhones: the iPhone 4 (with Retina display), and the iPhone 3GS or 3G (non-Retina display). As the 3G is a little older and slower than its younger brother, planned HDR capabilities for the iPhone 3GS seem all the more likely. Yet, whether this plan is still in the works is a matter of debate. Apple could very easily add HDR photography to its iPhone 3GS device in a software update. But, the question remains: if Apple plans to, why didn't they do it already? The only answer is that Apple planned to allow the iPhone 3GS to take advantage of HDR photography, but decided not to ahead of iOS 4.1's release. Which means that 3GS users aren't ever going to legitimately take advantage of HDR on their iDevice. But, fret not guys: there's always the not-so-legitmate option... 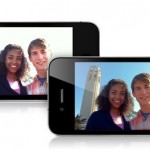 Apple Planned HDR Photography On iPhone 3GS From The Start?

Apple Planned HDR Photography On iPhone 3GS From The Start?
Nothing found :(
Try something else