You are using an outdated browser. Please upgrade your browser to improve your experience.
by Joe White
September 27, 2010
Not long ago, the EU joined the US in investigating why Apple previously chose to prohibit third party development tools. Now, while the US Department of Justice and Federal Trade Commission are continuing to investigate Apple, the EU Commission plans to stop. The news comes following the release of Apple's new App Store review guidelines, which came into effect earlier this month. Now, third party tools (such as Adobe's Packager for iPhone) can be used in the development of iOS apps. As Engadget reports, this has prompted the EU Commission to drop its investigation of Apple. In a statement released a couple of days ago, it was announced that "the Commission intends to close the investigations into these matters." As of this moment, the US is continuing its examination into Apple's past conduct. However, with the EU Commission's plan to halt its investigation, I'd hardly be surprised if the US does the same. 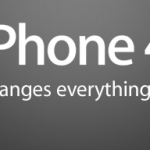 EU Intends To End Apple Antitrust Investigation
Nothing found :(
Try something else