You are using an outdated browser. Please upgrade your browser to improve your experience.
by Joe White
September 2, 2010
If you've been following the coverage of Apple's special event, you'll already know that iOS 4.1 is pretty much finished, and is scheduled to be released next week. Following this announcement, Apple has released the Gold Master of iOS 4.1 for developers wishing to further interact with the software update ahead of the final version's release. As with almost all iOS GM releases, iOS 4.1 GM will be almost exactly the same as the finished product. In addition to the software update, Apple is also releasing the iOS 4.1 SDK GM for iOS developers. In order to access both files, simply head over to the Apple Developer site and log in with your dev account. And, if you get iOS 4.1 up and running, be sure to let us all know how it works for you in the comments box below! 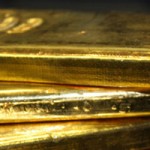 iOS 4.1 GM Now Available For Developers
Nothing found :(
Try something else