You are using an outdated browser. Please upgrade your browser to improve your experience.
by Bryan M. Wolfe
September 1, 2010
Sure, the new iPods are nice. Same goes for the improved Apple TV. Still, some things were definitely missing from today's special event in San Francisco. White iPhone At this point, Apple might be wise to forget about this until 2011. When originally announced in June, the white iPhone 4 looked very cool as a concept. However, after numerous delays (are we up to three now?), we still don't have it. iTV Yep, the rumors were wrong. Apple TV remains so named. Still, the improved device looks nice, and the smaller size is sexy! But the name iTV is not a reality. Speaking of Apple TV, Steve Jobs also didn't announce apps for the device. Better luck next time, I guess! iTunes In A Cloud I wasn't expecting this, and Apple proved me correct. The idea that iTunes will eventually make its way into a cloud system (like Apple's MobileMe) is a great one. When the company purchased LaLa last year, the rumors began. That service allowed users to keep music available online to be accessed from anywhere. However, for now we are left with a nice upgrade called iTunes 10. 3G iPod touch The new iPod touch looks amazing, but it still doesn't include 3G. This was something I was expecting, but it didn't happen. What other devices or concepts did you feel were missing today? Let us know in the comments. 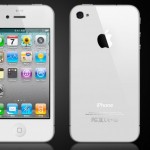 Not So Special: What Was Missing

Not So Special: What Was Missing
Nothing found :(
Try something else