You are using an outdated browser. Please upgrade your browser to improve your experience.
by Alexander Vaughn
September 28, 2010
As you may know, Google submitted an official client for its Google Voice service to Apple last year. Not only was it never approved (because it duplicated core iPhone functionality), as a result Apple instituted a new policy against all Google Voice apps. All the other available clients were pulled, and until recently, we had all given up on having a native app for the service on our iDevices. Apple, has changed its guidelines, and recently began allowing these clients back in the store. We've told you about GV Connect and GV Mobile, but what about Google's own client? The one we were all waiting for? Today, according to TechCrunch, Apple brought Google's native app out of limbo and they have approved it. Google, will not be releasing it right now, as it's still the same app they submitted over a year ago. Instead, they'll be revamping the app to give it more features, as well as the ability to multitask on iOS 4. If released, this will be a very interesting app, as Google presently doesn't allow third-party clients to do much with its service. Getting push notifications for incoming texts for example, still requires developers to route the alert emails through their servers, which is not convenient. An official app on the other hand could do much more, and could possibly, even include its own VoIP feature, now that these are also allowed. Google refused to confirm or deny the information, but there seems to be no reason why they wouldn't proceed. Unless they want to keep the best Google Voice implementation as a differentiating aspect of Android, or maybe, they're still holding a grudge. We feel pretty confident that the app will become a reality. We'll find out soon enough. 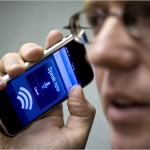