You are using an outdated browser. Please upgrade your browser to improve your experience.
by Alexander Vaughn
September 9, 2010
Last night we told you about the new, upcoming VLC for iPad app, and we know you're all very excited about it. I am also looking forward to it as well. I contacted its developer, Applidium, and they agreed to provide me with a preview version so I can tell you a bit more about it. The iPad port of VLC is definitely an interesting app. It allows you to playback all kinds of video formats directly on your iPad. This is great, as it will save you the effort of having to convert all your videos into Apple's format. It performs very well, and all your DivX and Xvid files will play smoothly and normally, displaying all their original quality. It also supports a bunch of other formats, and it's extremely simple to use. As for the interface, it's nice and polished. However, there are certain limitations, as less popular formats and high definition videos don't play as well. I'm confident there is still some room to improve the codecs, but since your videos are decoded at the software level, we're probably limited by the iPad's raw power. Also, it won't read Windows media files if anybody still uses them. The file management is very straightforward too, as it all happens via iTunes' built-in file management system. Here it is on video:

You're probably wondering how it compares to similar apps. Well, when it comes to playback it's fairly equal. However, VLC played back most common video files without issue, unlike other apps that may occasionally have periodic playback issues.

Again, it's now waiting for Apple's approval and should be available for free sometime next week if all goes well.

Get more info on VLC and other iPad news by downloading the AppAdvice App! 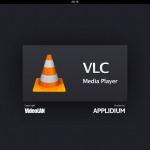 First Look At VLC For iPad

First Look At VLC For iPad
Nothing found :(
Try something else