You are using an outdated browser. Please upgrade your browser to improve your experience.
by Joe White
October 25, 2010
Earlier today, 9to5Mac picked up on an article originally posted by Mashable, detailing Apple's supposed "investment" in Facebook. Recently, Steve Jobs and Facebook CEO, Mark Zuckerberg, met for dinner to discuss Apple's "Ping" feature, which debuted in iTunes 10. Facebook integration within Ping (among other products) was certainly an aspect of the investment rumor:

Leading the potential round will be Digital Sky Technologies (an existing investor) and Apple. Yes, Apple. The funding is part of a partnership between the two companies that will eventually result in deep Facebook integration into Apple’s suite of products, including Ping, iTunes, iLife and iWork.

However, we can confirm now that this rumor was indeed false. Larry Yu, Facebook's Director of Corporate Communications, turned to Twitter to confirm the truth. He posted:

@Scobleizer -- hi. there's no truth to the rumored "series e" financing round that Mashable wrote about. trying to get them to clarify.

So, that's that. Apple isn't going to be investing in Facebook any time soon. And, as Zuckerberg's social network is partly owned by Microsoft (5%), it's unlikely that Steve's going to buy into the 'book ever, let alone in the near future. As always, we'll keep you posted. And, thanks to TNW. 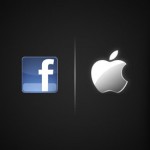 Apple Planning To Invest In Facebook - Nope, Just A Rumor

Apple Planning To Invest In Facebook - Nope, Just A Rumor
Nothing found :(
Try something else