You are using an outdated browser. Please upgrade your browser to improve your experience.
by Joe White
October 21, 2010
Yesterday, Apple announced the release of FaceTime for Mac: a new Mac OS X application which allows users to participate in FaceTime calls between iPhones, iPod touches, and Macs. It's a great idea, and one we've been expecting for some time now. Following this, Zach Holman decided to launch facelette: a service which offers to randomly pair FaceTime fans. I've just tried it out, and it works great. All you have to do is head over to http://facelette.com, enter your FaceTime ID, and hit the "FaceTime me!" button on your Mac, iPhone 4, or iPod touch (4G). You'll be given a random stranger's FaceTime ID, which you click on to open up FaceTime for Mac. Once this has launched, simply hit the green FaceTime button and you're good to go! With facelette, you can keep on moving through random FaceTime partners, much in the same way Chatroulette users are assaulted with a continuous stream of video chat partners. It's easy to see where Zach has gotten his inspiration. However, the great thing with facelette is that it works on iPhones and iPod touches, too! So, if you're a FaceTime for Mac user, be sure to check out facelette now. I'll see you there! Thanks to MacStories for spotting this. 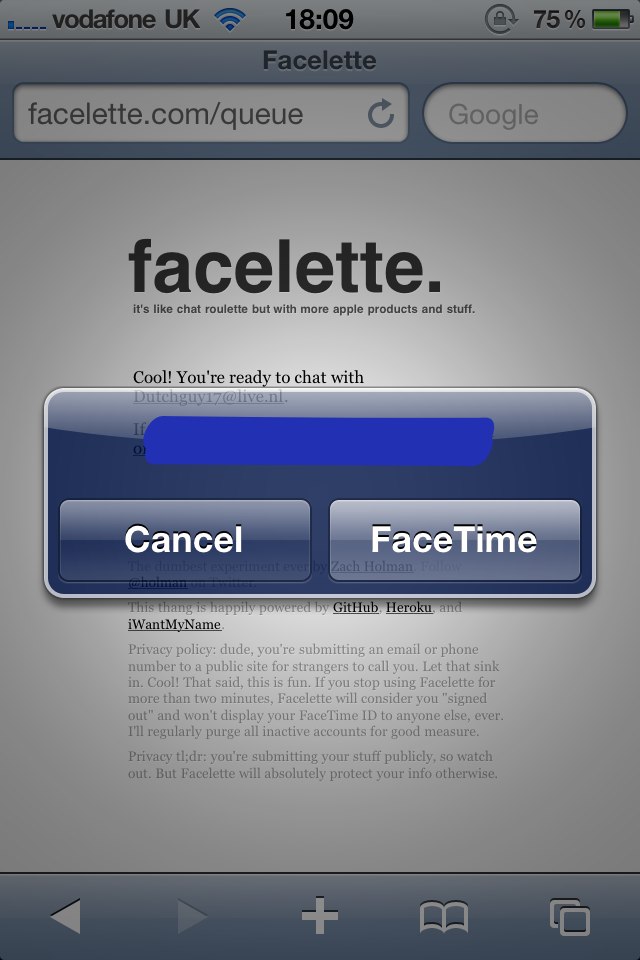 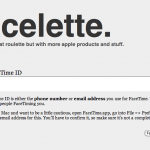 Facelette: FaceTime Calling With A Chatroulette Twist
Nothing found :(
Try something else