You are using an outdated browser. Please upgrade your browser to improve your experience.
by Bryan M. Wolfe
October 27, 2010
Last spring, a massive PR battle started between Apple and Adobe. In announcing his company’s push for HTML5 video, for its line of iDevices, Steve Jobs drew a line in the sand. Developers were expected to start designing with HTML5 in mind and not Flash. Naturally, Adobe was furious. However months after the battle, it is becoming apparent who won. According to All Things Digital,

No one seems to spend much time talking about it anymore. For good reason: In large part because Steve Jobs insisted on it, “online video” increasingly means “HTML5-compatible”. There’s not much to debate anymore.

This doesn’t mean that HTML5 holdouts don’t exist. According to the same report, HTML5 is missing for: End users don't really care if a video is formatted for Flash or HTML5. What they do care about is if they can't view a video on their iPhone/iPod touch or iPad. Hopefully, the aforementioned holdouts will finally read Jobs' memo and come aboard too. 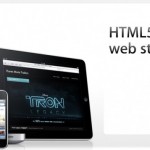 HTML5 Gains, But Still Missing On Web In Some Places

HTML5 Gains, But Still Missing On Web In Some Places
Nothing found :(
Try something else