You are using an outdated browser. Please upgrade your browser to improve your experience.
by Bryan M. Wolfe
October 5, 2010
The iPad was launched in April and already it is defying conventional wisdom for a new technology product launch. Still, analysts are not in agreement regarding how many iPads were actually sold in Apple's fourth quarter. These numbers will be officially released on October 18. Apple has sold 8.25 million units since April, with 3.27 million units going out the door in the company's third quarter. According to Fortune:

The estimates for Q4 we've gathered in advance of the company's Oct. 18 earnings report range from a low of 3.8 million from an uncharacteristically conservative Brian Marshall at Gleacher & Co. to a high of 6 million from the Apple Finance Board's Robert Paul Leitao, one of the amateur analysts whose estimates have proved in the past considerably more dependable than the professionals'.

The following is a list of estimates (from Fortune) for the fourth quarter, as of today: 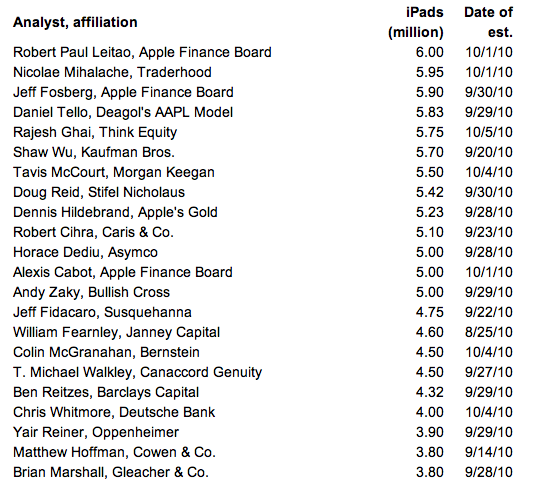 It will be interesting to see what the actual number is when it is announced next week. Until then, I'm sure the estimates will continue. 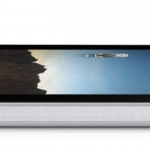 How Many iPads Have Been Sold?

How Many iPads Have Been Sold?
Nothing found :(
Try something else