You are using an outdated browser. Please upgrade your browser to improve your experience.
by Bryan M. Wolfe
October 27, 2010
The iPad has changed the technology landscape. Nearly seven months after its debut, Apple’s device not only created its own niche market and App Store. It is also making some of its closest competitors rethink their products. And in the process, they’re learning much from the company in Cupertino, California. Case in point: Barnes & Noble and their nook ebook reading device. Released just weeks before the iPad, the nook was Barnes & Noble's answer to Amazon’s popular Kindle device. Yet, less than a year after its debut, B&N announced that the next nook version will include features closer to those of the iPad, not the Kindle. 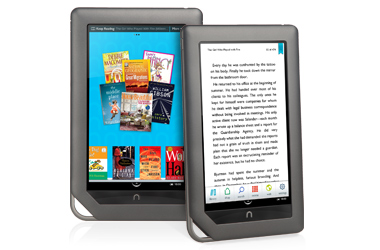 The $249 device will include one feature long requested by iPad owners, magazine subscriptions. THE “NOOKnewstand” will debut on November 19th along with the new nookcolor. Here, readers will be able to pick up their daily newspaper or monthly magazine subscriptions. The ability to purchase magazines by subscription is an often requested iPad feature. So far, Apple hasn’t announced such an option for any of the magazines sold in its App Store. Instead, users have to buy magazines individually. The fact that B&N will be offering this to its nook users first is quite interesting. 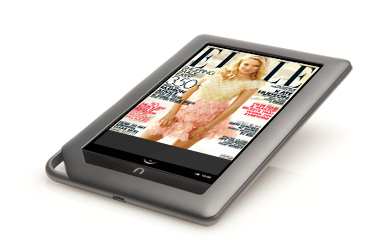 The nookcolor reading device also includes a color touchscreen, the first for devices primarily used for book reading. It will also have a backlit screen making it easier to read during the day or night. Finally, like the iPad, nook users will have the option to switch between portrait and landscape modes. The new model will also include a web browser, Pandora internet radio and select games such as crossword puzzles and Sudoku. The nook (like the Kindle) is not in direct competition with the iPad. Someone looking for an all in one tablet device will always pick the iPad. However, if devices like the nook begin offering most of the options available on the iPad but at a lower price, things could get interesting. Is a nook App Store far behind?

The New Barnes & Noble nookcolor Ebook Reader; Influenced By Apple, And The iPad

The New Barnes & Noble nookcolor Ebook Reader; Influenced By Apple, And The iPad
Nothing found :(
Try something else