You are using an outdated browser. Please upgrade your browser to improve your experience.
by Bryan M. Wolfe
November 17, 2010
What’s in a name? If you are a developer, the name selected for your app could make or break your product's success. Unfortunately, as developers began submitting apps to the upcoming Mac App Store through iTunes Connect, they were being rejected because of the app’s name. Now, not only do we know what caused the problem but Apple has fixed it. According to MacStories:

Two weeks ago, in fact, developers who had already submitted an app to the iOS App Store with a certain name weren’t able to use that same name in the Mac App Store registering process. Imagine the frustration of developers who already had iPhone apps in the App Store and wanted to submit Mac counterparts to the upcoming store.

Name squatting surely is a problem Apple hasn’t completely fixed yet, but by allowing developers to use the same name across two different stores the engineering team at Cupertino is going in the right direction.

Now, developers can release the same app on multiple devices without having to add the “for iPhone” or “for Mac” suffix. 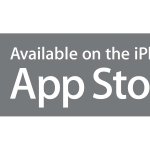 What's In An App Name? Plenty If You Are A Developer

What's In An App Name? Plenty If You Are A Developer
Nothing found :(
Try something else