You are using an outdated browser. Please upgrade your browser to improve your experience.
by Bryan M. Wolfe
November 12, 2010
How often does AT&T give you money? They might do just that according to a proposed settlement between the iPhone carrier and some of its customers over Internet charges. According to a Notice of Pendency Of Class Action:

If you paid taxes, fees or surcharges ("Internet Taxes") to AT&T Mobility LLC ("AT&T Mobility") on internet access through certain services including iPhone data plans, Blackberry data plans, other smart phone data plans, laptop connect cards and pay-per-use data services on bills issued from November 1, 2005 up to and including September 7, 2010, you might be eligible to receive benefits from a class action settlement.

AT&T hopes to resolve a lawsuit which states they charged some of their customers taxes for Internet access through certain services. Rather than go to court, both sides have indicated a desire to settle. While the details of this settlement are sketchy at best, any agreement would likely include language where AT&T admits to no wrongdoing. Affected customers will be notified by text or through the mail. 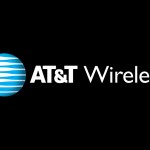 AT&T Might Owe You Money
Nothing found :(
Try something else