You are using an outdated browser. Please upgrade your browser to improve your experience.
by Bryan M. Wolfe
November 23, 2010
Last week we told you about News Corp’s plan to offer iPad readers a “tablet newspaper.” Now, it looks like “The Daily” (as it is rumored to be called) will be quite significant as it will be the first app that allows for recurring subscription billing. The new app will offer bundled news from various sources in the United States and abroad. It will also include fresh content from a staff that will write exclusively for the app’s readers. According to The Daring Fireball:

As regards Apple’s role, my understanding, based on information from sources not at Apple, is that this is not something like iBooks — there is no central “iNews” or “Newsstand” app from Apple. Rather, it’s a new subscription billing option for apps — true recurring subscriptions — paid through your iTunes account. News Corp’s “Daily”, then, would be just an app in the App Store, using subscription billing routines built-into iOS. My understanding is that the developers at News Corp building the app already have preliminary documentation on the new subscription billing APIs from Apple. I presume this would require a new version of iOS, but perhaps the Daily will launch as soon as it can, free of charge until the billing support ships from Apple. 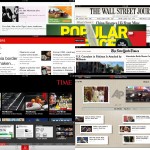 “The Daily” Is Getting Closer To Reality, As Is Recurring Subscription Billing

“The Daily” Is Getting Closer To Reality, As Is Recurring Subscription Billing
Nothing found :(
Try something else