You are using an outdated browser. Please upgrade your browser to improve your experience.
by Joe White
November 23, 2010
Foxconn has established iPad production lines at its new plants in Chengdu, China. According to Digitimes, the additional capacity has been established to satisfy demand for Apple's iPad:

Foxconn had previously refuted claims that the company would establish iPad production lines at the plants in Chengdu, but related component players have pointed out that Foxconn already started shipping iPads from the site in November and expected the site to become a major supply base starting the first quarter of 2011.

According to a variety of reports, iPad 2 production is set to begin in February. The second generation device is rumored to be lighter, faster, and complete with a camera for FaceTime. However, ahead of this, Apple's first generation iPad is expected to be one of this year's most wanted Christmas gifts, despite the fact that a new device will most likely be released in the following months. The good news is that it looks like Apple is going to meet the demand for the iPad this Christmas. Are you planning on buying a "magical and revolutionary" device for one of your loved ones? Let us know in the comments. And, thanks to 9to5Mac for spotting this. 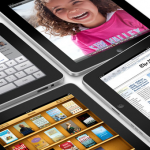 iPad Production Increases Ahead Of Christmas

iPad Production Increases Ahead Of Christmas
Nothing found :(
Try something else