You are using an outdated browser. Please upgrade your browser to improve your experience.
by Bryan M. Wolfe
November 9, 2010
These days 3D technology is all the rage in movie theaters and living rooms across the planet. Now it looks like the technology could be coming to your iPhone/iPod touch too. According to an Associated Press report, Hasbro Inc. is working in concert with Apple to bring its "My3D" device to market. It promises to bring three-dimensional content to the iPhone for gaming, virtual travel experiences and entertainment. Likely to be priced at $30, the My3D will be sold wherever iPhones are sold. Plus, Apple will begin offering 3D content in the App Store. 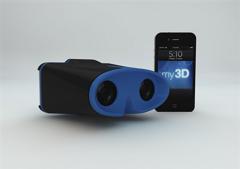 Hasbro said it was guided by Apple during development and believes there's nothing available that matches the quality and 3-D experience on the iPhone or iPod Touch.

If it catches on, it has big potential. More than 125 million iPod Touches and iPhones have shipped, according to Shaw Wu, senior research analyst at Kaufman Bros. L.P. He predicts that will hit 200 million by end of 2011.

There is no mention of using this technology on an iPad. However, I'd be surprised if it wasn't made available on Apple's larger device too. The My3D is expected to be officially announced this week and be available in stores by the spring. 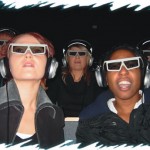 Report: 3D Coming To iPhone/iPod touch Devices
Nothing found :(
Try something else