You are using an outdated browser. Please upgrade your browser to improve your experience.
by Bryan M. Wolfe
November 15, 2010
Comcast’s purchase of NBC Universal is expected to close by the end of the year. Now, The Wall Street Journal is reporting that the U.S. government is likely to sign off on the deal because of Comcast’s willingness to “play nice” with Apple. According to the report:

Few observers expect either the Justice Department or the Federal Communications Commission to block outright the roughly $13.75 billion deal to purchase 51% of NBC Universal from General Electric Co. One reason: Because the two companies aren’t direct competitors, it’s harder to mount an antitrust challenge. Both agencies, however, are likely to impose significant conditions to prevent Comcast from withholding, or threatening to withhold, NBC Universal’s programming from competitors, including companies that distribute TV shows and movies over the Internet, such as Apple Inc. and Netflix Inc., according to people familiar with the matter.

According to 9 to 5 Mac, Comcast has likely agreed to make its programming available across all mobile platforms. This means Comcast can't limit its library to just those running on the Flash platform. This doesn't mean the programming will be free; but rather it will be provided in a non-Flash format. This is good news for consumers and especially for those with an iPhone/iPod touch or iPad. 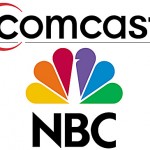 WSJ: Comcast/NBC Universal Must Play Nice With Apple
Nothing found :(
Try something else