You are using an outdated browser. Please upgrade your browser to improve your experience.
by Joe White
December 7, 2010
According to a recent report by Digitimes, Foxconn has been told its factories will ship Apple's second generation iPad "as soon as the end of February 2011." Here's what Digitimes says regarding the news:

The sources pointed out that the iPad 2 will ship as soon as the end of February in 2011. Apple originally planned to start mass production in January, but because the device's firmware is currently still in testing, Apple has been postponing the schedule. Since Foxconn's new plants in Chengdu are still in pilot production, iPad 2 will be mainly supplied by its Shenzhen plants, while the company's upstream component partners have all been notified of the shipments schedule.

This fits in with the many other iPad 2 rumors we've already heard. The second generation device is also rumored to include a camera (for FaceTime), and sturdier device housing. Despite this, the first-generation iPad is still selling remarkably well across the world. Currently, it is one of this year's most wanted Christmas gifts. Will you be buying an iPad 2 next year? Let us know in the comments. And, thanks to MacRumors for spotting this. 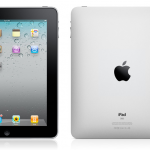 iPad 2 Expected To Ship By End Of February 2011?
Nothing found :(
Try something else