You are using an outdated browser. Please upgrade your browser to improve your experience.
by Joe White
December 1, 2010
According to Nielsen, Apple's iOS mobile operating system was more popular than the BlackBerry OS in October. As you can see from the above figures, Apple's iOS held 27.9 percent of the smart phone OS share. The BlackBerry OS held slightly less, at 27.4 percent. Lagging in third place was Google's Android OS, which held 22.7 percent of the smart phone OS share in October. The competition between the iPhone's iOS and the BlackBerry OS is extremely tight, with only 0.5 percent between the two. If you were wondering how many smart phone users there are in the US, then you're in luck. At the beginning of November, Nielsen stated that 28 percent of US mobile subscribers have a smart phone. Back then, the BackBerry OS still held more of the smart phone OS share than Apple. Now, things have changed. Apple's iPhone iOS has edged ahead of the BlackBerry OS, but only just. This year, iOS devices are some of the most wanted Christmas gifts. I'll leave you to predict how that might affect Nielsen's 2011 Q1 figures. Furthermore, Nielsen had some additional interesting figures, as spotted by AppleInsider. Apparently, women prefer Apple's iOS operating system, while men tend to go for Google's Android. Here are the figures: 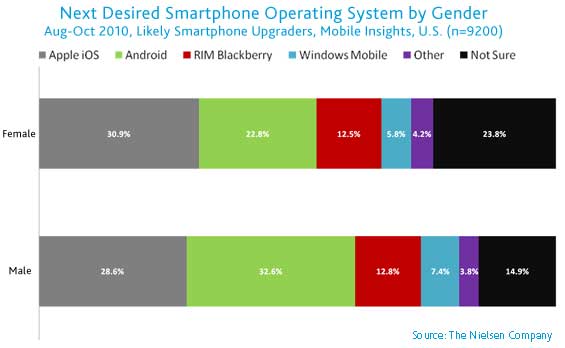 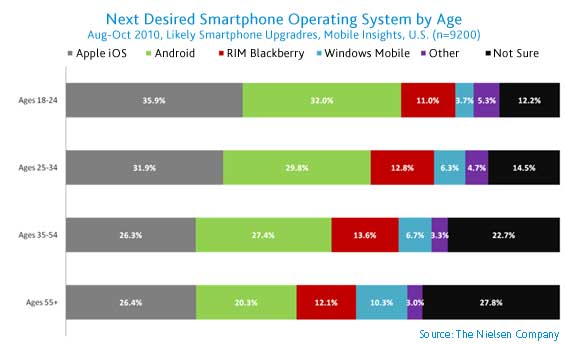 As always, let us know your thoughts in the comments below. And, thanks to BGR for spotting this. 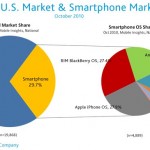 Nielsen: iOS Was More Popular Than BlackBerry OS In October

Nielsen: iOS Was More Popular Than BlackBerry OS In October
Nothing found :(
Try something else