You are using an outdated browser. Please upgrade your browser to improve your experience.
by Bryan M. Wolfe
February 28, 2011
A cheaper iPhone could be coming, according to Bernstein Research analyst Toni Sacconaghi, who recently spoke to Apple’s Chief Operating Officer, Tim Cook. Peter Oppenheimer, CFO and VP of Internet Services Eddy Cue were also part of the meeting, as first reported by Forbes. Although the likelihood of an “iPhone nano” seems to have been shot down just weeks ago, a cheaper iPhone could still be coming. Cook, who many see as Steve Job’s would-be successor, “appeared to reaffirm the notion that Apple is likely to develop lower priced offerings” to expand the market for the iPhone. As such, Cook said the company is planning “clever things” to address the prepaid market, and that Apple did not want its products to be “just for the rich.” Of course, until Apple announces these “lower priced offerings,” we don’t actually know what all this means. In addition, Oppenheimer indicated his company hoped to increase the number of carriers selling its products worldwide. Currently, Apple has only 175 carriers, compared to 550 for Research In Motion. Finally, the interviews’ most interesting turn is when Cook stated he felt the iPhone was just below food and water on Maslow’s hierarchy of needs, and that ultimately all phones would be smart phones. What do you think? Are cheaper iPhones coming soon? Is that important? Leave your comments below. 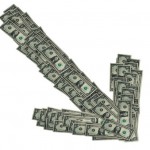 Apple's Chief Operating Officer Talks About Cheaper iPhones
Nothing found :(
Try something else