You are using an outdated browser. Please upgrade your browser to improve your experience.
by Joe White
February 10, 2011
Apple's iPad premiered last year, and it took the market by storm. But, since then, a variety of other tablets have appeared - from RIM's PlayBook, to the upcoming Motorola Xoom. Fortunately, the guys over at Engadget have put together a comparative chart, which displays the tech specs of each tablet. You can check out the chart below. As you can see, the iPad has some pretty serious competition. However, we should remember that the second generation iPad will be available in the coming months. The second generation device will improve upon various aspects of the iPad, such as its RAM, which is lacking in comparison with the other tablets. Here's the comparative chart. Remember, you can view the chart in full over at Engadget. 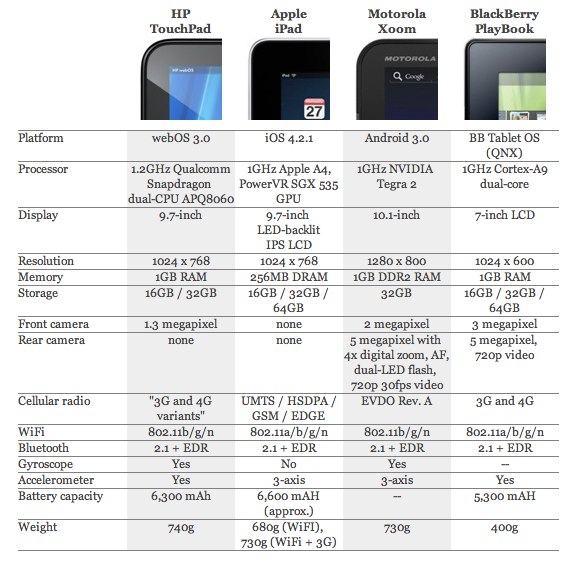 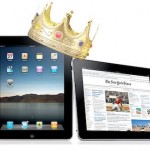 Tablet Comparison: HP TouchPad, iPad, Xoom, And PlayBook
Nothing found :(
Try something else