You are using an outdated browser. Please upgrade your browser to improve your experience.
by Joe White
March 21, 2011
Apple is apparently planning on releasing iOS 4.3.1 - the first update to its recently released iOS 4.3 operating system - in "one to two weeks." The news comes from Boy Genius Report, who has been given some "Apple info" on the upcoming release (presumably from a trusted source). According to the website, iOS 4.3.1 isn't going to bring any major features or changes - just some "minor bug fixes." According to BGR, changes in iOS 4.3.1 include: Currently, nobody has any idea whether the update will be compatible with the CDMA Verizon iPhone (which is currently stuck on iOS 4.2.6). We'll keep you posted. 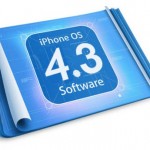 Apple To Release iOS 4.3.1 In One To Two Weeks?
Nothing found :(
Try something else