You are using an outdated browser. Please upgrade your browser to improve your experience.
by Bryan M. Wolfe
April 20, 2011
In news first reported by Gigaom, Apple is allegedly rejecting apps that include pay-per-install campaigns. These are apps that run incentivized app installs, a form of cross-promotion for app developers. Is this Apple's way of leveling the App Store playing field or something more ominous and self-serving? Tapjoy, one of the top pay-per-install providers, believes Apple has begun rejecting apps from developers who pay to have their product installed in other apps. According to Tapjoy, there is nothing that specifically bans this practice in Apple’s developer program license agreement. However, they believe Apple is using section 3.10 of the document to stop the controversial practice. That section reads:

Developers who attempt to manipulate or cheat the user reviews or chart ranking in the App Store with fake or paid reviews, or any other inappropriate methods will be removed from the iOS Developer Program

Tapjoy, like Flurry and W3i believes pay-per-install promotions are not understood and should not be considered detrimental to the app buying experience. They state:

“Tapjoy has been and continues to be very supportive of the Apple app ecosystem, and we were not surprised about the Top Free & Paid rankings algorithm changes — we’re all for incremental changes that add to the user experience and keep the environment dynamic. But banning the largest and most effective channel for app installs has a significant and long-term negative impact on the user experience, developer innovation and advertiser utility.”

Apple’s rumored crackdown on pay-per-install campaigns looks appropriate on the surface. After all, many have accused these types of companies of inflating app sales to the disadvantage of other developers. However, Apple's move could be simply about money. Since the process works without Apple’s involvement, the Cupertino, California-based company doesn’t actually get their 30 percent take of each sale. According to Gigaom, Apple would be fine with the overall pay-per-install practice, if these developers would use its in-app purchase system. They state:

The money involved may also be part of the problem. With pay-per-install, Tapjoy and others don’t pay anything to Apple. Had a game developer just used in-app payments to sell virtual goods instead of incentivized app installs, they would need to fork over 30 percent of the in-app purchase to Apple. But alternative payment providers aren’t required to hand over some of their revenue to Apple from the money they receive from these campaigns. So it’s potentially lost revenue for Apple, something it’s getting more serious about.

Apple has every right to crack down on these type of techniques. After all, it is their store. However, is Apple doing to this to stop the practice or to make sure they are getting a piece of the pie? What do you think? Leave your comment below. 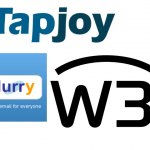 Apple To Shut Down "Pay-Per-Install" Campaigns Or Join Them?

Apple To Shut Down "Pay-Per-Install" Campaigns Or Join Them?
Nothing found :(
Try something else