You are using an outdated browser. Please upgrade your browser to improve your experience.
by Bryan M. Wolfe
May 3, 2011
According to Formula Capital managing partner James Altucher, Apple could very well become the world's first $1 trillion company. In fact, according to Altucher’s estimates, the Cupertino, California-based company could eventually be worth $2 to $3 trillion. This news comes from Business Insider, which highlighted Altucher's appearance on Yahoo!'s The Daily Ticker. Altucher’s optimism about Apple, which is currently worth $320 billion, is powered by two underlying realities. First, while Apple’s growth rate is astounding for a company of its size, its global market share in key markets is still extremely low. Meaning, there is a lot of room for continued growth. Plus, Altucher says Apple’s massive $65 billion pile of cash works in its favor, since they can use it to continuously improve their business. Finally, Altucher believes that despite concerns about Apple CEO Steve Jobs’ health, the company doesn’t need him to succeed in the long term. He concludes Apple is “now large and diversified enough that, if Jobs can never return full-time the company will be okay without him.” Take a look at this video featuring the analyst: What do you think? Leave your comments below. 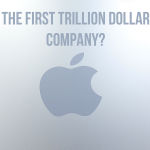 Apple: A $1 Trillion Dollar Company? (Video)
Nothing found :(
Try something else