You are using an outdated browser. Please upgrade your browser to improve your experience.
by Joe White
May 4, 2011
Physwitch is a recently released jailbreak tweak ($1.99), which allows iOS device owners to quickly switch between apps using volume buttons. Currently, Physwitch is available to download in the Cydia Store via the BigBoss Repository. As you can see in the below video, Physwitch appears to work extremely well. Once activated, users can quickly move between open apps using volume buttons. The tweak displays a preview of the app (as opposed to an app icon in the multitasking bar), and users can navigate to a particular app by touching the preview. Alternatively, it is possible to terminate apps by touching a small cross, which appears in the top left corner of the preview screen. Obviously, this isn't the kind of thing Apple promotes. In fact, the company removed one application from the App Store last year, because it allowed users to take photos using the iPhone's volume buttons. Personally, I think Physwitch looks like an excellent tweak - and, more importantly, a great idea. Hopefully Apple will introduce something similar in iOS 5. Until then, you can try out Physwitch yourself for $1.99. All you need is a jailbroken iOS device. [via iPhone Download Blog] 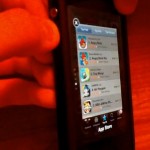