You are using an outdated browser. Please upgrade your browser to improve your experience.
by Bryan M. Wolfe
May 19, 2011
Verizon promises its next iPhone will work in as many countries as AT&T’s model, according to the company’s Chief Financial Officer, Fran Shammo, who made the comments at the just-concluded Global Technology Summit to Reuters.  However, a universal Verizon iPhone doesn't mean it will work on the company's faster 4G LTE network, which will be determined by Apple. These comments are in line with those made previously by the CFO to The Wall Street Journal. Currently, the iPhone 4 is available in GSM (AT&T) and CDMA (Verizon) versions. This means Verizon's global reach is less than that of AT&T because of its wireless standard. A universally compatible Verizon iPhone model would be available with Apple’s next release of its top selling handset, expected sometime later this year. However, this news doesn’t necessarily mean the next Verizon iPhone will support the company’s faster 4G LTE network. According to Shammo, Apple determines which network its handsets supports, stating: "I think it's a bigger issue for Apple than it is for us," he said. "Depending on where Apple plays, that's where we'll sell." What to you think? Leave your comments below. 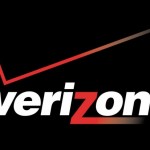 Verizon CFO: World iPhone Coming, But Maybe Not On 4G LTE
Nothing found :(
Try something else