You are using an outdated browser. Please upgrade your browser to improve your experience.
by Joe White
June 11, 2011
Less than one week after announcing its new cloud-based service at the WWDC keynote presentation, Apple is facing a lawsuit regarding the "iCloud" trademark, recent reports claim. As originally reported by The Next Web, the suit was filed by iCloud Communications, LLC in the U.S. District Court in Arizona. Besides stealing the "iCloud" trademark, the company also claims that Apple's cloud-based service is "identical to or closely related to" the service already offered by iCloud Communications:

The goods and services with which Apple intends to use the “iCloud” mark are identical to or closely related to the goods and services that have been offered by iCloud Communications under the iCloud Marks since its formation in 2005.  However, due to the worldwide media coverage given to and generated by Apple’s announcement of its “iCloud” services and the ensuing saturation advertising campaign pursued by Apple, the media and the general public have quickly come to associate the mark “iCloud” with Apple, rather than iCloud Communications.

What does iCloud Communications want? That's simple - it wants Apple to stop using the "iCloud" name, and "deliver for destruction all labels, signs, prints, insignia, letterhead, brochures, business cards, invoices and any other written or recorded material." Somehow, I don't think that's going to happen - at least now without a legal dog-fight. In other news, Apple has recently been criticized over its "unattributed implementation" of Wi-Fi Sync within iOS 5, a jailbreak app that the company previously rejected from the App Store. We'll keep you posted on the status of the lawsuit. In the meantime, let us know your thoughts on the above in the comments. [via MacStories] 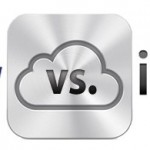 Apple Facing Lawsuit Regarding "iCloud" Trademark
Nothing found :(
Try something else