You are using an outdated browser. Please upgrade your browser to improve your experience.
by Joe White
June 5, 2011
A massive 400,000 iOS applications are now available to download in Apple's App Store. As outlined by AppShopper's App Store statistics, while over 500,000 applications have been approved, 401,442 apps (precisely!) are now available in the App Store. This is amazing. As of this moment, the App Store hasn't even reached its third birthday, and already it's bursting at the seams with iOS apps ready for users to download and enjoy. Don't forget - back when the App Store launched, it only housed a mere 500 apps. Now, three years later, this number has grown by over 800 times. And while there are a lot of pointless applications floating around in the App Store (we're not going to lie - there are), you can be sure that, here at AppAdvice, we'll continue to bring you our recommendations each and every day. Back in 2009, we told you that the App Store might feature 300,000 applications by the end of 2010. Now, that milestone has been crushed to dust, and we couldn't be happier. It's likely that Steve Jobs (or another Apple executive) will announce the news tomorrow morning, at WWDC's keynote presentation. Let us know what other announcements you're hoping to hear in the comments. [Image credit: TechCrunch] 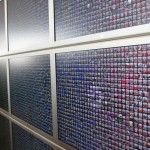 Breaking: 400,000 iOS Applications Now Available In The App Store
Nothing found :(
Try something else