You are using an outdated browser. Please upgrade your browser to improve your experience.
by Joe White
June 22, 2011
Later this year, a jailbreak conference called "MyGreatFest" is happening in Old London Town (we already told you about this, remember?). While the conference is set to play host to a variety of influential speakers - including Jay Freeman (@saurik) and Joshua Hill (@p0sixninja) - the latter "hacker" could release a jailbreak solution for the iPhone 5 at the event. MyGreatFest is happening this year in London, on September 17. For more information on the schedule, head over to the event's line-up webpage. (Don't forget - AppAdvice is heading to the event, and will be covering everything that happens.) We've been looking forward to the event for a while now. However, yesterday things got really exciting. In a Twitter update posted from the @MyGreatFest account, it was revealed that a jailbreak solution for Apple's fifth generation handset could be released at the event:

Looks like an iPhone 5 JB could be released at #MyGreatFest all going well ;) cc/ @p0sixninja NOW THATS EXCITING!!

Obviously, this can only happen if Apple releases the iPhone 5 before MyGreatFest kicks-off. Some believe Apple's fifth generation iPhone could hit Apple Stores in September, while others have noted that an August release is possible. We're assuming that @p0sixninja has a solution he believes may work with the upcoming handset, such as a hardware jailbreak exploit. Here's hoping Apple releases the iPhone 5 in time! For more information on MyGreatFest, head over to the event's website or follow it on Twitter (@MyGreatFest). And let us know if you're planning on attending in the comments. 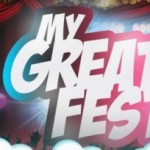 Could P0sixninja Demo iPhone 5 Jailbreak In The UK This September?

Could P0sixninja Demo iPhone 5 Jailbreak In The UK This September?
Nothing found :(
Try something else