You are using an outdated browser. Please upgrade your browser to improve your experience.
by Joe White
June 23, 2011
A recent report claims that Apple's upcoming iPhone handset could feature a dual LED flash, which would allow users to take good quality images in low-light conditions. Previously, we saw several iPhone 5 cases that appeared to feature a space for a relocated flash unit (which would sit opposite the camera unit, on the other side of the handset). Now, DigiTimes claims that Apple's fifth generation handset will feature dual LED flash:

Recent market rumors have indicated that Apple's iPhone 5 is likely to come with a dual-LED flash with Taiwan-based LED packaging firms Everlight Electronics, Edison Opto and Lite-On Technology being pinpointed as potential suppliers. All related companies have denied they are involved in the production of dual-LED flashes.

Personally, the only issue I have with the iPhone 4's camera is its performance in low-light conditions. While HDR mode can help out with this issue, dual flash really would do the trick. Apple is also expected to improve the quality of the built-in camera with the fifth generation iPhone, possibly increasing the quality of the camera to eight megapixels. If you ask me, camera improvements are a dead-cert: Even if Apple isn't planning on releasing a revolutionary iPhone later this year, increasing the quality of the handset's camera is an easy upgrade to make (along with adding a new processor). Obviously, we won't know for sure until Apple announces the handset (hopefully in August or September). Until then, all we can do is speculate. Let us know your thoughts in the comments. [via Cult of Mac] 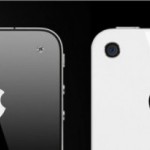 Dual LED Flash Coming In iPhone 5?
Nothing found :(
Try something else